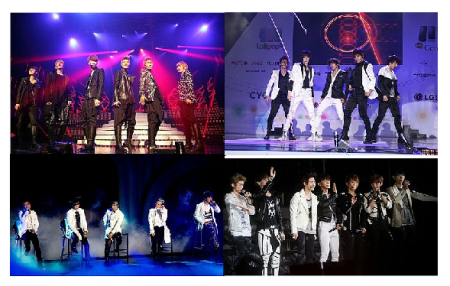 South Korea is known to be one of the wealthiest countries in the world.

It is also renowned for its export in semiconductors, wireless telecommunications equipment, motor vehicles, computers, steel, ships, petrochemicals, and other products.

However, one of its exports that has been under the radar or at least not talked about much is its hip-hop music culture that is gaining momentum and capturing music charts around the world.

K-pop which is the abbreviation of Korean pop is characterized by a wide variety of audiovisual content which comprises sharp dance routines, fashionable, colorful outfits, and musical genre of hip-hop, rock, disco, R&B, as well as others.

The music has grown into a worldwide phenomenon capturing the hearts of teenagers and young adults not only in East and Southeast Asia but also across different continents.

Today, one would have had to be living under the rock not to have heard the song Gangnam Style by pop star Psy.

Reports are that more than 60 boy and girl bands are produced each year in Korea, thus labeling K-pop as a “star factory.”

In an interview on BBC, Euny Hong, author of the book, The Birth of Korean Cool: How One Nation Is Conquering the World Through Pop Culture, argued that success of K-pop is no accident.

She posited the view that the success of this global phenomenon is a result of South Korean government careful planning and cooperation with the private industry.

According to Hong, this started over two decades ago with the government seeking ways to influence foreign affairs through music and of course generating revenue.