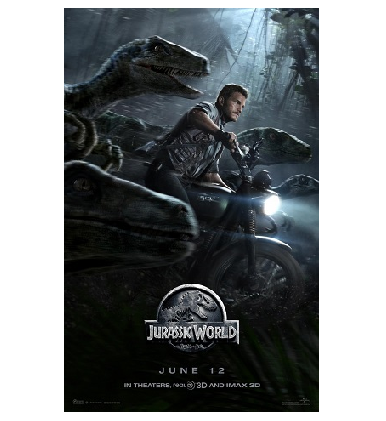 Steven Spielberg has hit it big once again with his blockbuster movie Jurassic World.

The movie has not only raked in millions of dollars but also received rave reviews from movie critics.

According to variety.com, Jurassic World has shattered the records for domestic and international debuts; the movie became only the second film in history to top $100 million in two separate weekends.

“The dinosaur sequel nabbed first place with a massive $102 million, pushing its domestic total to $398.2 million. “Jurassic World” has now passed “Jurassic Park” ($357.1 million) as the highest-grossing domestic release in the franchise’s history when not adjusted for inflation,” said the Variety report.

The science fiction flick is the fourth installment in the Jurassic Park film series.

The setting takes place off the coast of Costa Rica where the Jurassic World luxury resort provides a habitat for an array of genetically engineered dinosaurs, including the vicious and intelligent Indominus rex.

Just before an exhibit was opened to the public it was discovered that the Indominus had escaped. This sets off a chain reaction that causes the other dinos to run amok.

It was now left up to Velociraptor trainer and researcher, Owen Grady to use his special skills and training to save two young brothers and the rest of the tourists from an all-out, prehistoric assault.

The following includes reviews from critics:

While not exceptional, Jurassic World satisfies as a fun summer blockbuster that will get audiences excited to see dinosaurs on the big screen again.

Jurassic World is a big, shiny, and entertaining roller coaster ride, though the ‘World’ is more interesting than the people.

Jurassic World will scare the hell out of you, and not just for the obvious reasons.

Jurassic World, a goofy and fitfully entertaining summer movie, understands and even winks at its place in the pecking order of blockbuster sequels.

The general consensus of rottentomaoes.com critics  is: Jurassic World can’t match the original for sheer inventiveness and impact, but it works in its own right as an entertaining — and visually dazzling — popcorn thriller.

The movie also received a 71% rating on the tomatometer and a 81% audience like.