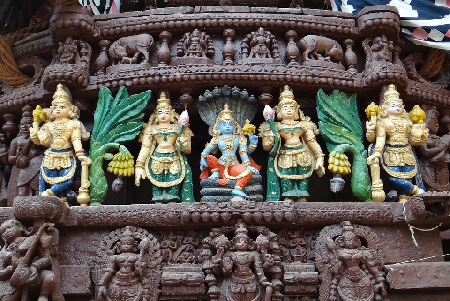 Thousands of people took to the streets in India after court rulings overturned a ban on women aged 10 to 50 from setting foot inside the Sabarimala temple in Kerala state.

Hindu hardliners threw stones, marched, and clashed with police as they tried to prevent women from entering the temple.

At the same time, riot police fired tear gas and water cannon and made hundreds of arrests.

Many people were also injured and one death reported.

The protesters’ angst is that women of menstruating age should not enter the temple because its deity Ayyappa was a celibate.

The Supreme Court is now set to start hearing a legal challenge on its temple ruling — the latest in a series of verdicts to upset traditionalists and reflect a more liberal outlook in Indian society.

Women are barred from a handful of Hindu temples in India.

The entry of women of menstruating age to Sabarimala was taboo for generations and formalized by the Kerala High Court in 1991.