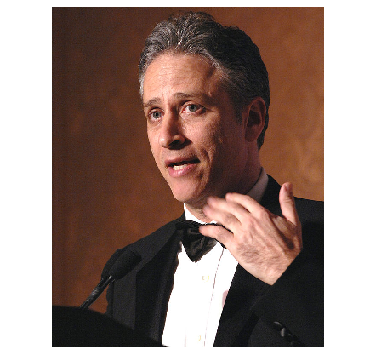 “I’ve got nothing for you in terms of jokes and sounds, because of what happened in South Carolina,” said Stewart at the opening of his program —The Daily Show.

Stewart was outraged at the shooting that took nine lives at the Emanuel African Methodist Episcopal Church in Charleston, South Carolina, on Wednesday.

“Maybe if I wasn’t nearing the end of the run or this wasn’t such a common occurrence, maybe I could have pulled out of the spiral. But I didn’t. And so I honestly have nothing other than just sadness once again that we have to peer into the abyss of the depraved violence we do to each other and the nexus of a gaping racial wound that will not heal but we pretend doesn’t exist.”

Stewart lamented that these 9 people were shot by a white guy who hated them for no other reason than the fact that they were black.

“What blows my mind is the disparity of the response between when we think people that are foreign are going to kill us and us killing ourselves,” he stated.

The popular host also launched into a commentary about racism, gun violence, and the numerous shootings that have taken place in America over the past few years.

“I’m confident though that by acknowledging it — by staring into that and seeing it for what it is — we still won’t do jacksh*t,” said Stewart.

Dylann Roof, 21, allegedly started shooting up a weekly bible study at the South Carolina church on Wednesday, killing eight on site. A ninth person passed away later at the hospital.

Stewart said he doesn’t understand why the media has shied away from calling this a “terrorist attack.”

“We invaded two countries and spent trillions of dollars and thousands of American lives and now fly unmanned death machines over five or six different countries, all to keep Americans safe,” Stewart, clearly emotional, said. “Nine people. Shot in a church. What are you going to do about that? ‘Hey, what are you going to do? Crazy is crazy is, right?’ That’s the part I cannot for the life of me wrap my head around. And you know it. You know it’s going to go down the same path.”

“I heard someone on the news say, ‘Tragedy has visited the church.’ This wasn’t a tornado. This was racist,” Stewart said. “I hate to use the pun, but this one was black and white. There’s no nuance here. But we’re going to keep pretending. We are steeped in that culture in this country and we refuse to recognize it.”

“The Confederate flag flies over South Carolina. And the roads are named for Confederate generals. And the white guy is the one who feels like his country is being taken away from him. We’re bringing it on ourselves,” added Stewart.

“Al Qaeda, all those guys — ISIS. They’re not sh** compared to the damage that we can apparently do to ourselves on a regular basis,” he concluded.