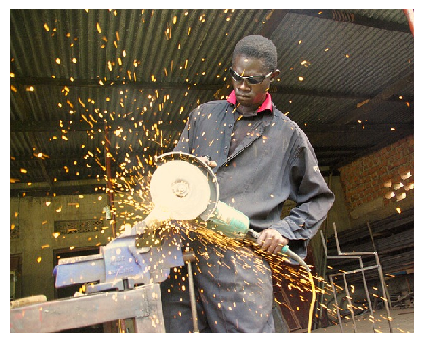 If you have something that you can’t use or develop and nobody wants it as is, is it valuable?  You could insist it is and be proven right by getting the asking price at a later date, or entering into a hybrid partnership where other ideas and resources are brought to bear, and a more satisfying conclusion is arrived at. Until then, despite your insistence, an inherent weakness in how you calculate value is on display. Namely, to put it kindly, you are a seller in a buyer`s market. You cannot be taken seriously. There are countries that produce the best of a particular product but not in sufficient quantity to determine how the market moves. In any event that the market is external to your consumption pattern, the producer can only hope trends and taste in other societies drive demand, and translate into more jobs in the producing country. To fix that, producers have to be more than suppliers, they have to be partnerships in local value added, and create a culture where the product is not just synonymous with the region or geographical area but the consumed pride that is worn, eaten and reveled in. Claiming a product vicariously is old hat. It’s a pretense to be movers and shakers, when all we are doing is being spectators on a jumbo sized screen television.

However, you look at producing a product for market, domestic or foreign, jobs are a byproduct. Not the other way around. We do confuse ourselves about this detail, especially so since a person`s psyche is wrapped up in what he does in terms of job and career. A factory can be set up and people employed before the first widget is produced, but rightly speaking, not one job has been created until the widget is produced, delivered to market and finds a satisfied customer. We need to understand this, before the paycheck is cashed and the cheap celebrations begin, or be more sober when memorandum of understandings is signed between principals. Less we celebrate the announcements of weather forecast as climate change or ground breaking as game changing.

This brings me to the idea of the culture we bring to the market place. How so? We bring to market not just the individual commodity or widget, but a guarantee to our end user of their satisfaction. In essence, whatever the product is, what we are selling in the marketplace is satisfaction and the willingness to stand behind the product. That involves an intangible, and that intangible is a representation of what we hold dear. That’s what we take to market.

In exploring how to create a job, we are not exploring labor for cash or pay, but our commitment to a future where our integrity is proffered. Juxtapose that idea with a culture that discounts the importance of integrity to ourselves, a customer half way around the world, or is adamant that until century’s old grievances of slavery and racism or reparations or any other slights are corrected or addressed, the quality of our workmanship will be suspect. Are we serious about creating jobs or just want the stage to jab at those whom have been our tormentors. Do we want to commit to a culture of excellence regardless of what our yesterdays were like?

In a stressed environment we often get our knickers in a knot and misdiagnose our maladies. We pledge millions to create jobs in cities after cities, borrow millions to throw cash at an in tangible and still only police, jailers and related industries are assured of a paycheck. Creating a job is not rocket science. A job is how we organize our society to produce goods and services efficiently and provide opportunities for our citizens to participate in the life and energies of our commitment to each other such that each feels respected and valued. It’s inconceivable that we are struggling to create jobs where high unemployment exists. What comes next? Struggling to build mouse traps though we are being overwhelmed by rats? Perhaps we don’t know what value is, unless somebody from a distant place is willing to make us an offer for what, up to now, was lying in ruins.