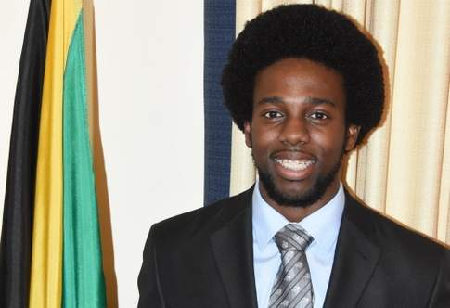 He attended high school on a Government scholarship and read for his first degree on a fully funded award from Stanford University.

Now, 23-year-old Jelani Munroe won yet another scholarship — the Jamaica Rhodes Scholarship for 2018 — which he will use to finance an MPhil in development studies at Oxford University in the United Kingdom.

Governor-general Sir Patrick Allen in his announcement of this year winner had this to say:

“Jelani, based on his academic record and his performance …, is clearly someone who is very intelligent and concerned about helping the less privileged in Jamaica. He’s a young man who is full of energy, full of dynamism, and we believe he will really make an impact in Jamaica in years to come.”

Secretary of the selection committee Peter Goldson said when asked why young Jelani Munroe stood out among the 10 short-listed candidates conceded that the award could have gone to any of the candidates.

The 10 candidates were whittled down from 17 applicants.

“You’d have been proud of every one of them, to see them in action,” Sir Patrick said of the field of candidates.

“You would just be charmed by their brilliance and by their vision. I feel so good because I know that we’re going to have a great Jamaica with these millennials stepping into our shoes.”

Munroe-Boswell told the Jamaica Observer that her son has always been a high achiever.

“He has always been a very good student, but I prefer to think of Jelani as a nice person rather than a bright person. He is very photographic with his memory, but his thing has always been being nice,” she said.

Jelani holds a bachelor’s in economics and public policy (development and growth policy) and a certificate in general management, both from Stanford.

While at Campion College, where he was head boy, he received five grade ones in Caribbean Advanced Proficiency Education, and nine in Caribbean Secondary Education Certificate, with his English literature grade being the fifth highest in the Caribbean at the time.

Jelani’s grades were almost identical to those of his twin brother, Jebari, who is a medical doctor.

He is currently employed as the financial manager of the Associated Students of Stanford University (ASSU) and chief executive officer of its student entrepreneurship education arm — Stanford Student Enterprises.