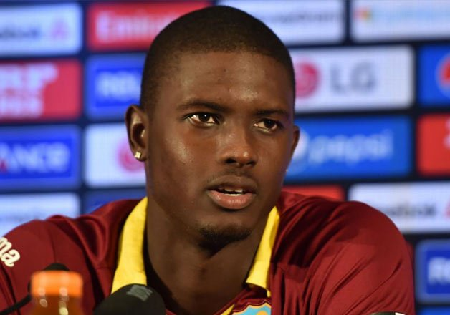 West Indies captain and all-rounder Jason Holder said images of the late South African freedom fighter Nelson Mandela, as well as his dead grandfather, flashed through his mind after he scored his maiden Test and first-class century against England in 2015.

Since then, Holder has shown time and again that he is no slouch with the bat in hand.

Today, many pundits have argued that Holder is a better batter than bowler, and moreover, they have called for him to move up the batting order even to the point of opening the innings.

So far, he has shown good form with the bat in the current Test series between the Windies and Pakistan.

Batting at number eight, Holder scored a composed 57 in the team’s first innings total of 286.

With a test batting average of 30.06, the half-century was the fifth of Holder’s test career to go with his sole century made against England in 2015.

“Eventually I would like to move up the order at some stage but this is the route that the selection panel has gone; they have gone with the six batters and keeping myself at number 8 so for now I just have to keep improving my batting so that when an opportunity comes I can move up the order,” said Holder in a radio interview.

The Caribbean side trails Pakistan 1-0 in their current three-match Test series.