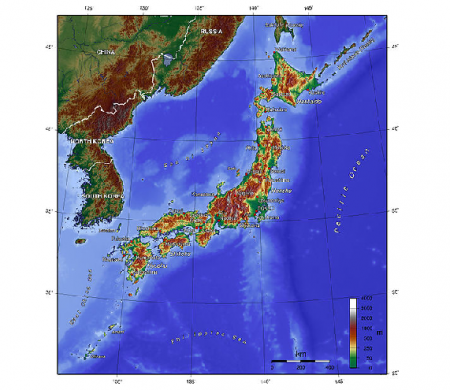 The world held its breath back in 2011 upon hearing about the earthquake and subsequent tsunami. What made many even more fearful was that the earthquake damaged the Fukushima Daiichi nuclear power plant, which leaked radioactive material in the air, water and soil; it was the worst nuclear incident since Chernobyl. Many who lived near the plant had to be evacuated and it’s not clear whether their exposure would put them at risk in the years to come; what has become apparent is that Japan’s tender economy took a serious blow and the country faced more than a few social problems as an indirect result of the natural disaster.

By October 2012, the population of Japan was down by over 275, 000. By 2040, the country is expected to have 20 million less than the current 128 million. Even though the country has taken steps to make it easier for women to have children, the average number of children is 1.39; to maintain population levels, the average needs to be 2. Part of the reason for this decrease is that there are fewer foreign nationals residing in Japan. The declining economy has made Japanese men less attractive to women and so they seek mates elsewhere. Another reason is that for couples who want to have more children, it doesn’t seem financially feasible and so they don’t. While there is still hope for the economy to turn around, it seems unlikely that it can do so in time to really impact that 2040 estimation.

The fact some of the oldest people in the world live in Japan is not surprising. The country boasts low incidents of cancer and heart disease due to healthy soy and fish-based diets. However, even the good fortune of long life has its downside. The increasing number of an ageing population means the social security system is under significant strain. The population of Japanese retirees currently sits at 30 million, a little over a quarter of the population. By 2050 the ratio is expected to be one to one. Japan is ageing faster than many other developed countries but with a struggling economy and a low birthrate, the strain on its resources can only get worse.

One other factor that has yet to be addressed is the possibility of health issues related to the plant. The World Health Organization showed that those living in the Fukushima Prefecture were at increased risks of developing related cancer; they found no observable current issues but time will tell. If there are increased incidents of cancer due the 9.0 quake in 2011 or any subsequent temblor, it will put additional unexpected strain on the country’s economy and people far beyond 2050.