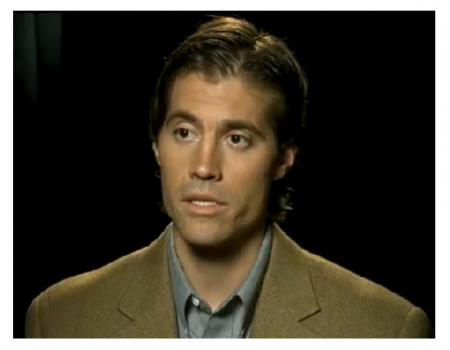 James Foley, an American freelance photojournalist, did not live to tell the tales of the wanton and brutal acts meted out on innocent people in Syria and Iraq by the terrorist group ISIS.

After being kidnapped and held in captivity for more than a year, Fowley was decapitated and his corpse uploaded on Youtube.

This, among other atrocities committed by ISIS has prompted the United States into action.

In a statement, the President said, “The entire world is appalled by the brutal murder of Jim Foley.”

He further said, “Jim was taken from us in an act of violence that shocks the conscience of the entire world.  He was 40 years old — one of five siblings, the son of a mom and dad who worked tirelessly for his release.  Earlier today, I spoke to the Foleys and told them that we are all heartbroken at their loss, and join them in honoring Jim and all that he did.”

Continuing the President noted, “Jim Foley’s life stands in stark contrast to his killers.  Let’s be clear about ISIL.  They have rampaged across cities and villages — killing innocent, unarmed civilians in cowardly acts of violence.  They abduct women and children, and subject them to torture and rape and slavery.  They have murdered Muslims — both Sunni and Shia — by the thousands.  They target Christians and religious minorities, driving them from their homes, murdering them when they can for no other reason than they practice a different religion.  They declared their ambition to commit genocide against an ancient people.”

The President also reemphasized that the U.S. will continue to do whatever is necessary to protect the American people.

“We will be vigilant and we will be relentless,” he said. “When people harm Americans, anywhere, we do what’s necessary to see that justice is done.  And we act against ISIL, standing alongside others.”

The U.S. has now made over 100 U.S. bombing run in the past few weeks in Iraq against the terrorist group, ISIL’s position.

According to Secretary of Defense Chuck Hagel, bombing has enabled Iraqi and Kurdish forces to fight ISIL on the ground.

So far, the U.S. action has halted the rapid and rampant movement by ISIL in the capture of cities throughout Iraq.