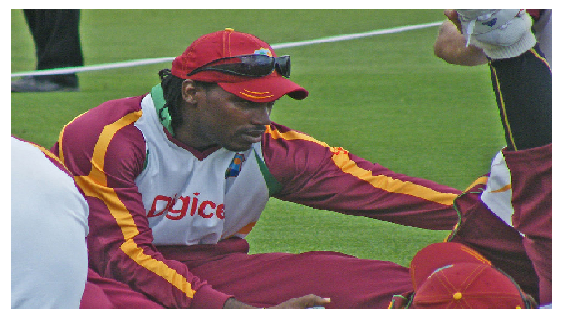 Chris “The Universe Boss” Gayle is hitting out against his critics whom he believes are piling on him after his poor performance in the recently concluded South Africa’s Mzansi Super League (MSL).

Gayle, playing for the Josi Stars scored only 101 in six innings — a far cry from his usual runs glut.

The Windies prolific runs getter scored 47 runs in his first five matches before a blazing 54 off 28 balls in his final game before calling quit for the remainder of the season.

However, Gayle believes that his one-off poor season has been unfairly called into question by officials, fans, and pundits, given his team’s poor performance in the competition.

“As soon as I don’t perform for two or three games, then Chris Gayle is the burden for the team,” he complained.

“I am not talking for this team only. This is something I have analyzed over the years playing franchise cricket. Chris Gayle is always a burden if I don’t score runs. It seems like that one particular individual is the burden for the team. And then you will hear bickering. I am not going to get respect. People don’t remember what you have done for them.”

In response, Jono Leaf-Wright, the team’s chief executive, believes Gayle was being “sensitive.”

“In Chris’ head, he feels that when he doesn’t perform – because there are such expectations from the franchise, the fans – that he’s the reason the team is not performing,” Leaf-Wright said. “He is certainly no burden to our side.”

Gayle’s outcry of not receiving respect and the charge of being “sensitive” by Leaf-Wright has attracted the attention of Jamaica’s sports journalists, Lance Whittaker and George Davis.

Speaking on the popular Sportsmax Zone program, Whittaker argued that Gayle ought to learn from experience that once a player’s performance is not up to par, it results in withering criticisms from an unforgiving cricketing public.

“I don’t have a lot of sympathy for Chris Gayle on this particular issue because he has been playing international cricket long enough to know that there is always pressure on if you are not delivering what the fans expect you to deliver.”

The ace sports journalist further argued that Gayle’s age also militates against him and may also be an issue.

“Most international players at 40-years-old would have retired, Chris Gayle has opted to extend his career to years that most people would have stopped playing so, because of his age he has to expect that he has put himself in a position where if he doesn’t get the kind of scores that he is known for then the pressure will be on.”

He also opined that he does not necessarily believe that Gayle is being disrespected, but fans have high expectations of him.

“My take on it, if at 40-year-old you continue to play, you are putting yourself in a position where you can spoil or taint the rich history, rich tradition, or the rich CV that you’ve built up over time,” he added.

On the other hand, Davis posited the view that he could empathize with Chris Gayle and believes the player has a right to feel aggrieved.

“When he looks at a player like Lebron James for a basketball who is one of the best ever, arguably, but many people say he is the best ever, that can be a debate. He looks at the kind of respect they get for their records. He doesn’t believe he gets the same respect for what he has achieved in cricket that he ought to get, and that’s where his notion of a lack of respect germinates from,” declared Davis.

He also referred to Liverpool Football Club’s Steven Gerrard, who played 13 seasons without leading his team to a Premier League title, yet he commands great respect among all and sundries.

“Chris Gayle is saying when there are certain fly-by-night players, team officials, and pundits who are criticizing me and talking as if I have never done anything to this game, I have been married to this game for so long and have no children when I have children to show at international level with the West Indies and at franchise level where I have helped teams to fill stadiums and entertain supporters. I deserve a certain kind of respect even when I am not playing well because of my importance to the game and what I have done as an individual.”