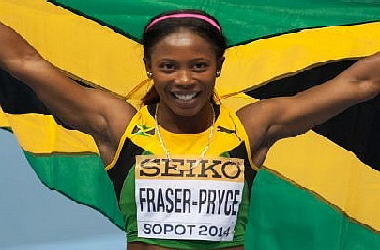 Jamaica’s Shelly-Ann Fraser-Pryce has called it quit on an outstanding 2022 season after suffering her first loss at the Diamond League series in Brussel, Belgium, on Friday.

The Jamaican, who had won the event 9 times heading into Brussels, narrowly lost out to compatriot Shericka Jackson, who finished runner-up at the World Championships in Eugene, Oregon in July.

Following the event, Fraser-Pryce made the announcement via the social media platform Facebook.

“No better way for me to close an amazing outdoor season than to celebrate my country! Ah we still ah win, so give us over flowers,” the athlete posted.

The athlete first thought about ending her season earlier after pulling out of the Lausanne Diamond League meet with a minor hamstring issue.

She later revealed that scans of the area had, however, shown no injury and insisted she felt well enough to compete at Friday’s van Damme Memorial.

Meet day, Fraser-Pryce was all fired but was outrun right at the finish line by fellow Jamaican rising superstar Jackson.

In addition to winning 9 straight races, Fraser-Pryce has also impressed with her times this season.

The sprinter has dipped below 10.7s on a historic six occasions.  Her best of 10.62 came at the Monaco Diamond League last month.