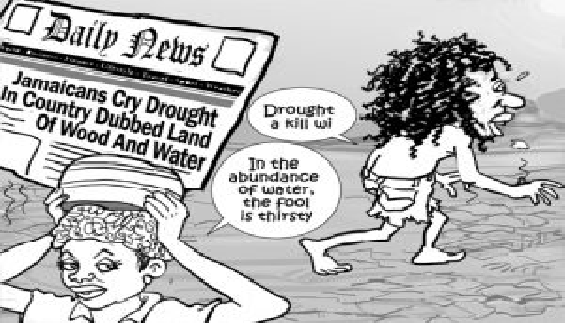 Without saying he is getting it right or wrong, which itself is no shame, let me query the matter from an angle that allows light to flood the darkness.

How does one know what the future will be, or more specifically how will something work? To some, the future is unknowable, yet to others analysis points not so much to the past but to predict the future. Another way to predict what a person or thing will do not can do, is to become or be aware of its nature. For example, a cleaner who is ethically challenged will clean you out more than they will clean your house.

So, before one can look for value from that thing, one has to be aware of its nature, for that is what it will deliver whether an expert or a fool tells you otherwise.

To solve a problem, one has to know who you are, not what the problem is necessarily. So, who are we?

We are the defendants of a proud people who survived slavery and with a penchant for reenactments of struggles, if not victories, real or imagined over foes who had the temerity to doubt or interfere with our progress. In other words, we are the descendants of warriors whose victory is laudable though not yet won. And who is the enemy?

To answer the question, let this thought be acknowledged. Our views of ourselves as proud and honorable people who would suffer a loss to ensure others wouldn’t have fallen by the wayside, and instead, we are militants consumed with defending our hard-earned rights even if it means taking a lollipop from a baby,  or worse. As such, we are not only unconstrained to act in destructive ways, we are prepared to defend the indefensible. This view has gained ascendancy in the culture since the early 70s at least.

Our cultural icon Anancy and his clever by half initiatives — the nature of a thing- fills not only our stories of yesterday but predict- being the template of our narratives — what our stories come to life will be. It cannot else be.

Clever by half passes for smart in our culture, so too being a successful beggar is not considered a failure, and without being bothered by the nature of a thing, we insist it deliver what we say it should. Preposterous?

The purpose of language is to ponder and create narratives that reflect our values, incorporate aspects of our past to guide our future. This, to my way of thinking, requires precision in our use of language. Or moving in that direction.

This has nothing to do with pride or shame in speaking patois or broken English. It was about aiming for mastery though good-naturedly maiming the Language for fun and contrast. However, since the 70s patois has been lionized and promoted to not only rival English but to be recognized as its equal and our birthright. Preposterous?

Speaking patois while reaching for mastery of the English Language is not the same as to speak patois as a rebellion to English. You get different results. Why?

We use language to create our future. Use a language whose nature is towards rebellion and indiscipline, without structure or order- indeed, the “Language” prides itself in being defiant and whatever the speaker says it means- and we have a recipe for disaster. It cannot else be. Its the nature of indiscipline in language. Tons of misunderstanding. Perhaps we are building a Tower of Babel.

The character of the culture has changed from one of excellence at all cost, despite our wounds, to one where our wounds, real or perceived, give us permission to show that we are victims and that wrong needs to be addressed, for it has made us not whole, and until we are made whole, preferable by compensation for the wrongs done, we are going to be in a hole.

The narrative of being in a hole reigns supreme in the Jamaican culture. It is impossible if not difficult to be in a hole and be whole.

So, is Jamaica poised for phenomenon growth where we leave the stagnation that has characterized the economy since the early 70s?  There are other factors to consider, but I base my answer on our cultural disposition where we are affirmed by others affirming us. That’s how we understand the value. That boat is more than fragile. It needs a new template that is impatient of a cultural reengineering.