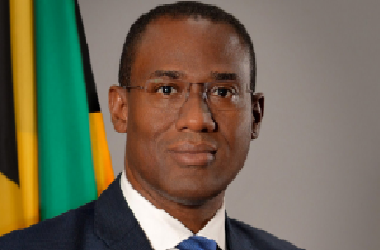 Jamaica recorded a 40 percent drop in the poverty rate in 2018, the lowest in 10 years.

This was disclosed by the Minister of Finance and the Public Service, Dr. Nigel Clarke, in Parliament recently.

“The overall reduction in poverty for 2018 was driven by declines in all three regions. The Greater Kingston Metropolitan Area (GKMA) registered a poverty rate of 9.2 percent, Other Urban Centers (OUC), 12 percent, and Rural Areas, a poverty rate of 15 percent. Decreases of 8.5 percentage points were recorded in the GKMA, 7.8 percent in OUC, and 5.2 percentage points in Rural Areas,” he noted.

Dr. Clarke said that in 2018, Jamaica’s economy recorded a GDP growth rate of 1.9 percent, the sixth consecutive year of growth, and the highest annual growth rate in 12 years.

“The out-turn for 2018 also marked the first time that Jamaica’s GDP level surpassed the levels recorded prior to the global financial crisis,” he emphasized.