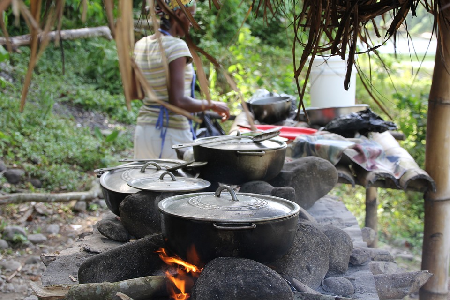 Jamaica is said to be one of the most iconic tropical getaways in the world — thanks to its beautiful natural scenery, warm climate, laid-back culture, an elegant landscape that ranges from tropical rainforest and soaring mountains to rolling meadowland, and stunning dramatic coastlines.

Moreover, the country’s scrumptious cuisine, pulsating music, and the charm and friendliness of its people make the place enchanting and captivating.

That said, the island is fast becoming what many people are beginning to describe as paradise spoiled.

The fact is the economic vagaries which continue to beset and dogged the society have left a lot of people on the dung heap of poverty with little or no hope of emerging with any sense of decency or self-respect.

Today, the situation that obtains is a fight for scarce benefits and spoils as aptly put by one political leader. Moreover, the hustling mentality and the corruption that pervade the society have had a damaging effect on the nation for years.

The indiscipline that now reigns under the new “eat a food” mantra is unbecoming of a country that has gained its independence more than fifty years ago. For example, the taxi drivers park anywhere and if the police intervene, the cry is “llow the man to eat a food” or a man with a car will readily begin a taxi service without the requisite license or obtained the license through a payola means.

Another example is the pilfering of goods from the workplace, under the watchful eyes of the security guard who seemingly becomes blind in order to “llow a man to eat a food.”

Certainly, one is not questioning the mantra of “eat a food,” but it cannot be or should not be on the basis of indiscipline and dishonesty.

Now, not only is the country faced with indiscipline, but also the current crime rate continues to be troubling and negatively impacts the nation’s growth and development.

The crime, of course, is partly due to factors such as poverty, retribution, drugs, gangs, and politics. Additionally, the financial “lottery scams” targeting citizens in the U.S. is not only damaging the country’s reputation but is also a criminal act that the local security force is yet to eradicate.

The fact is when Jamaica gained its independence in 1962 the murder rate was 3.9 per 100,000 inhabitants, one of the lowest in the world.

Today, the country’s murder rate has averaged over 1200 for the past eleven years.

Now, unless the politicians, private sector, and civil society all seek to work together to address the problem of indiscipline that ails the society, then the “llow the man to eat a food” mantra will continue for many future generations.