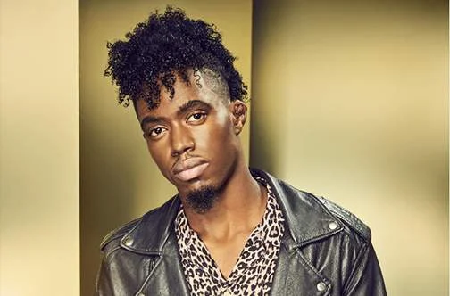 Jamaica’s Dalton Harris, the 24-year-old songbird, hit the X Factor note in high octave to better his rivals Scarlett Lee and Anthony Russell in the ITV singing competition to capture the winning the prize.

Singing contest and championship are not new to Harris as he had already won the local Digicel Rising Stars competition in 2010 at the tender age of 16.

Coached by first-time X Factor Louis Tomlinson, Harris was numbered among the crowd’s favorite to take the title from the very early stages of the competition.

Harris was overwhelmed with emotions after it was announced that he was the winner.

Scarlett Lee was earlier announced second and Anthony Russell third in this the 15th season of the U.K. talent show.

“That’s the sound of your future,” judge Ayda Field Williams said amid loud cheers in the London auditorium.

“You are the power of love. It made me feel like I’m sitting at one of your concerts,” she told Harris.

The season, which started with the auditions on September 1, has been a new journey to stardom for the Jamaican native.

At the outset of the competition, he bares his soul accordingly:

“I grew up in a one-room house without electricity or running water, but it’s not a sad story. It’s how I came out of it and I’m triumphant.

“This is single-handedly the most important day of my life. It would mean everything to win this show because I’ve spent seven years watching the show and preparing.”

Having won the competition, Harris will now walk away with £1 million (approximately J$162,632,400) recording contract with Syco Music in association with Sony Music.