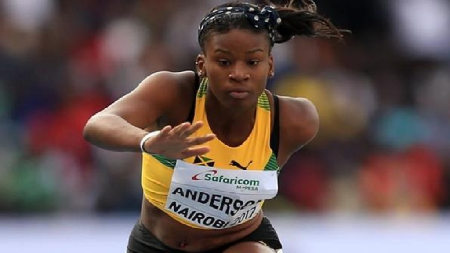 Jamaica’s Britany Anderson ran 12.72, the fastest ever 100m hurdles time by an Under 18 athlete, in winning the final at the European Athletics Permit Meet in Motonet, Finland.

Although she was helped by a 4.1m/s following wind, Anderson’s time was so much faster than the world U18 best of 12.94 set by compatriot Yanique Thompson, she could well have been capable of breaking that mark in legal conditions.

Taking silver behind the Jamaican was Cyrena Samba-Mayela of France with 12.80, also significantly faster than the world U18 best of 12.94.