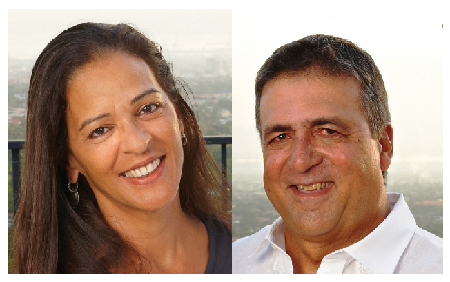 Christine and Phillip Gore are recipients of the American Foundation for the University of the West Indies (AFUWI) 2016 “Vice Chancellor’s Achievement Award.”

The Gores joined five other awardees at the AFUWI 19th Annual Legacy Awards Gala at the Pierre Hotel in New York City on February 24, including Trinidad and Tobago soca star Machel Montano who received the “Bob Marley Award.”

The Gores are known for their provision of affordable housing in Jamaica through Gore Developments Limited.

They were both recognized for their philanthropic efforts via the Phillip & Christine Gore Family Foundation, which is dedicated to improving the lives of Jamaican youth through education and sports.

The Scholarship Fund (TSF) is the centerpiece of the Foundation. Christine, an attorney-at-law, spends her time assisting young Jamaicans, particularly children, in developing their full potential through participation in educational and sports program, tennis included.

Phillip, founder & executive director of Gore Developments, is a keen supporter of various worthy causes especially in the areas of health care, the arts, and education.