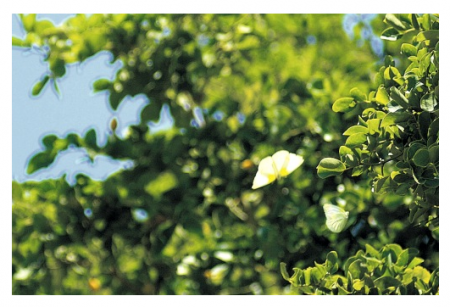 According to a Jamaica Observer.com press report, Jamaican scientist Dr. Henry Lowe and his team of researchers have discovered potent bio-activity against the deadly HIV in Lignum Vitae, Jamaica’s national flower.

The report continued thus: Dr. Lowe said, the discovery was made last year, but because of its significance, the tests were repeated several times to ensure data accuracy.

“Since then, the findings were published in the April 2014 issue of the prestigious European Journal of Medicinal Plants under the title: ‘Anti HIV-1 Activity of the Extracts of Guaiacum officinale L (Zygophyllaceae)’.

Following on that, a significant amount of additional data has been developed, Lowe said.

Noted for his anti-cancer research, Dr Lowe and his Bio-Tech Research and Development team were assisted by the Institute of Human Virology at the University of Maryland Medical School.

The findings, he said in a news release, are very important because HIV remains a major public health concern despite the discovery and development of highly active antiretroviral therapies.

“In Jamaica, it is estimated that 32,000 people are living with HIV and as many as 50 per cent are unaware of their status. Beyond that, UNAIDS reports that out of the over 30 million people reported to be living with HIV worldwide, only about six million (20 per cent) are receiving antiretroviral therapy,” the release stated.

“The remaining 80 per cent are not on any medication due to lack of access, cost, adverse effects of drugs or other reasons. As such, there is a need to continue the search for new, effective, safe and affordable therapies for this major global pandemic,” the release added.

“The Bio-Tech R&D, team led by Dr Lowe, needs to be recognised and commended for bringing a gift of a major potential ‘magic bullet’ from a Jamaican tree for the potential management of the HIV virus which causes AIDS,” said Dr Joseph Bryant of the Institute of Human Virology, where the Global Viral Network is located.

“It is also symbolic that this discovery is being presented when Jamaica is celebrating its national anniversary,” the release quoted Dr Bryant.

“We are currently pursuing these potential drugs in collaboration with the Natural Products Division at the Research Triangle International, USA, which is known for its discoveries of anti-HIV drugs, and, of course, at the Institute of Human Virology. Based on this, we believe we are on the verge of identifying a potent major anti-HIV drug,” the release said.

It added that Dr Lowe plans to do further research on the isolates of the lignum vitae in order to develop a treatment that could be used alone or as part of a cocktail for the management of HIV/AIDS in Jamaica and other countries.

“In the interim, a nutraceutical product is being developed,” the release added. “A US patent has so far been filed in order to protect this vital intellectual property.”