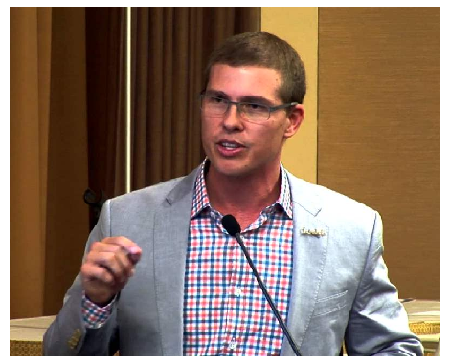 Adam Stewart, Chief Executive Officer, Sandals Resorts International, has won the award of Caribbean Hotelier of the Year, in a function at the Caribbean Hospitality Industry Exchange Forum (CHIEF), which took place on the weekend at El Conquistador Resort, a Waldorf Astoria Resort in Puerto Rico.

Stewart has been commended by both Prime Minister Portia Simpson Miller and the leader of the Opposition Andrew Holiness.

“I join in congratulating Adam Stewart for his vision, bold yet caring leadership, and his preoccupation with excellence in service. He continues to be a transformational leader in the Jamaican and Caribbean business community,” said Simpson Miller.

The prime minister also noted that the Sandals Resorts under Stewart’s leadership has grown significantly with investment amounting to some US$150 million in expansion and improvements to the resort chain’s operations in Jamaica.

“Adam Stewart is deserving of this prestigious award, which is an admirable tribute to his pre-eminent standing in the regional and international hotel trade. All Jamaica is proud of his achievement,” the Prime Minister added.

Opposition Leader Andrew Holness also congratulated Stewart on his achievement. Holness said copping such a prestigious award is testament to the fact that “Adam Stewart is not only an astute businessman, but is a major force in the tourism industry, not only here in Jamaica, but across the region.”

He said the Sandals brand has grown from strength to strength over the years and is poised to reach even higher heights.

Recognizing Stewart’s work in the hotel industry is not only great encouragement, Holness said, but is “a fitting reward for his hard work and tremendous dedication to the development of Jamaica’s tourism product.”

Stewart is the 35th recipient of this prestigious award, which is sponsored by MMGY Global, and is the highest professional honor bestowed in hotel and resort operations in the Caribbean.

The award recognizes excellence in all areas of operations, as well as a commitment to the training and development of staff, contributions to the community and a demonstrated commitment to sound environmental practice