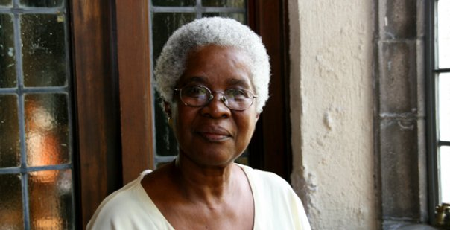 Brodber was one of eight writers recognized with the award for their achievements or promise, each of whom will receive US$165,000.

Born in Woodside, Saint Mary Parish, Jamaica, the 76-year-old Brodber gained a B.A. from the University College of the West Indies, followed by an M.Sc, and Ph.D.

She subsequently worked as a civil servant, teacher, sociology lecturer, and at the Institute for Social and Economic Research in Mona, Jamaica.

She won the Caribbean and Canadian regional Commonwealth Writers’ Prize in 1989 for Myal. In 1999 she received the Jamaican Musgrave Gold Award for Literature and Orature.

Brodber also works as a freelance writer, researcher, and lecturer in Jamaica and is currently Writer in Residence at the University of the West Indies.

She received an honorary D.Litt. degree from the University of the West Indies in 2011.

The Windham-Campbell Prizes were established in 2013 by novelist and memoirist Donald Windham in memory of his partner of 40 years, Sandy M. Campbell, to call attention to literary achievement and provide writers working in English with the opportunity to focus on their work independent of financial concerns.

“The telephone call and later the representation on paper of a miracle was so frighteningly surreal, I am still wondering if I have been trapped in a composition of mine,” Brodber reportedly said.

The awards, are among the world’s richest literary prizes and will be conferred in September at an international literary festival at Yale.

This is the fifth class of prize recipients. Since the prize’s inception, 43 writers representing 12 countries in Africa, Asia, Australia, Europe, and North America have received the prize.