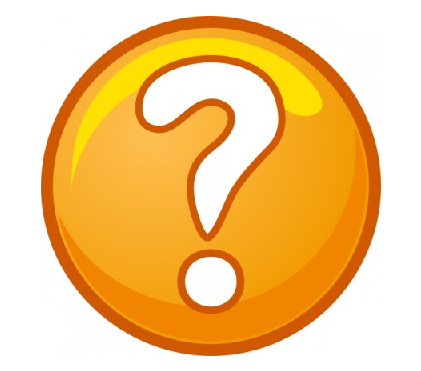 The Jamaican cabinet has decided in favor of holding a Commission of Enquiry into the May 2010 security forces’ incursion into the political enclave of Tivoli Gardens, which resulted in at least 77 deaths.

The decision followed the May 1 tabling in the House of Representatives of an interim report into the event by the public defender, Earl Witter, in which he reiterated his call for a Commission of Enquiry, after failing to get the full cooperation of the security forces in his investigations lasting close to three years.

However, public and official responses to the decision have been far from unanimous, with Leader of the Opposition, Andrew Holness, expressing concerns about the enquiry being turned into a political farce, as was the case with the 2011 enquiry into the events leading up to the extradition of Tivoli Gardens crime boss, Christopher “Dudus” Coke, who has since been sentenced to 23 years imprisonment in the United States on racketeering charges.

Ironically, the two events are linked by location and the subject, as the killings took place in Tivoli Gardens and were sparked by Coke’s refusal to turn in himself to local authority, after a warrant was issued for his arrest.

Opposition Leader, Andrew Holness, initially objected to the enquiry on the grounds that it could become politically motivated under the direction of the People’s National Party (PNP) government. Tivoli Gardens is a stronghold of the opposition Jamaica Labour Party (JLP), which Holness has led since October 2011 when Bruce Golding’s resignation was precipitated by the extradition issue.

Holness suggested that the government focus on reparations for residents who lost relatives and property amounting to millions of dollars during the operation.

The public defender in his report said that evidence from his investigations into the incursion suggested that “excessive or undue resort to lethal force” was used by the security forces during the operation.

He also admitted that it was still unclear how many people actually died in the operation, although he listed 77 deaths including one soldier, and expressed concern over whether the weapons the security forces allegedly discovered were actually taken from criminals or came from the security forces’ arsenal.

However, after meeting to discuss the issue, the Opposition issued a statement in which it acknowledged that the holding of an enquiry was the prerogative of the Government. The party said it would be watching the proceedings closely, to ensure that the Terms of Reference and conduct of the enquiry are framed and executed to achieve justice and are free from political considerations.

“Like all Jamaicans, we want the process to achieve justice. We are particularly interested in achieving closure for the victims. We want a clear identification of any human-rights abuse and compensation, where necessary,” the JLP stated in its release, in which it suggested that a coroner’s inquest into the deaths would have been more effective.

In a reaction to the announcement of the enquiry, Golding said he would not object to testifying. “I would do so if so required,” he has been reported as saying.

However, there appears to be a split within the ranks of the governing PNP on the issue, especially within its youth movement. While the president of the PNP Youth Organization, Alrick Campbell, and his general secretary issued a statement on behalf of the group opposing the decision, two parish level leaders have criticised their position and have supported the decision.

The security forces – Jamaica Constabulary Force (JCF) and the Jamaica Defence Force (JDF) – have expressed their desire to appear at the enquiry.

“The decision of the Government of Jamaica to set up such a commission of enquiry, based on the interim report from the public defender, is welcomed by the Police High Command and as such the Jamaica Constabulary Force will participate when required and also offers its full support to the enquiry,” the JCF said.

The JDF, meanwhile, said that it welcomed the opportunity to respond to “numerous unfortunate conclusions drawn on the basis of unsubstantiated allegations, misrepresentation and uninformed analyses” in the public defender’s report.

“These (allegations), if left without rigorous and objective investigation, may give the wrong impression of the force and the men and women who put their lives at risk for their fellow citizens daily” the Army stated.∅