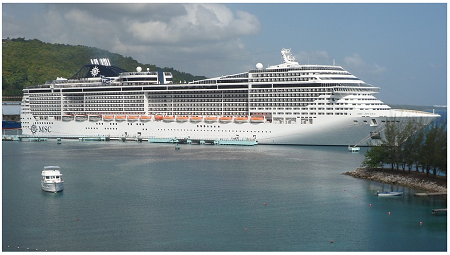 According to a press report, the Director of Tourism Paul Pennicook has reported a 7.6 per cent growth in cruise and stopover arrivals for the 2015/16 winter tourist season. “We had 745,220 cruise visitors and 773,110 stopover visitors – a little over 1.5 million visitors,” he reportedly said at the 55th annual general meeting of the Jamaica Hotel and Tourist Association (JHTA) at Sandals Ochi Beach Resort in St. Ann.

Pennicook also said that cruise visitors increased by 13.8 per cent while stopovers grew by 2.2 per cent.

Pennicook noted that arrivals from the United States, Jamaica’s main tourism market, were up by 5.9 per cent when compared to the corresponding period while the United Kingdom, Continental Europe, the Caribbean, and Latin America also showed positive growth trends.

There was, however, a 11.6 per cent decline from Canada. “The Jamaica Tourist Board (JTB) will be doing a lot of work in Canada, and we will urge you in the JHTA …to join us in coming up with ways where we can bring that market back into the fold,” Pennicook said.

He said that the JTB has targeted 4.5 per cent growth in arrivals for the calendar year and five per cent for the fiscal year. The agency has been very aggressive in both the traditional and emerging markets and is expecting about 96,000 new visitors for 2016.

“We have identified three regions, in terms of emerging markets, which will help us to meet our targets. They are Latin America, Northern and Eastern Europe, and Asia,” he further said.