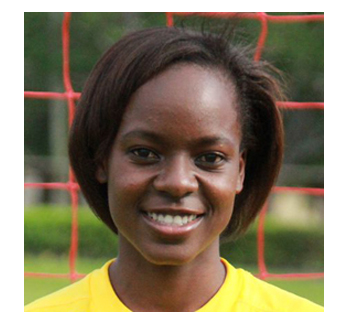 Sherona Forrester is no ordinary athlete. The twenty-four-year-old is not only a member of the Jamaica senior women’s football team but is Jamaica’s 2016 Rhodes Scholar.

She hails from Clarendon and is a past student of Glenmuir High School and the University of the West Indies (UWI) Mona.

Forrester did not attain her Rhodes Scholar status easily as she was forced to compete against an outstanding and impressive field of eight competitors.

When the result of the winning candidate was announced by Governor General Sir Patrick Allen at King’s House, Forrester reportedly said, “My mind went blank. The whole world stopped just for a second or so. Then I replayed it just to make sure that it was my name that was being called and then I just started smiling because I couldn’t believe it and I am still here in the surreal of it all.

Now, with her mind set on pursuing her doctorate, Forrester believes that winning the scholarship is an important first step for her as she seeks to pursue the Master of Philosophy in Economics (MPhil) degree at Oxford University in England.

Forrester is already armed with bachelor and master’s degrees in economics and statistics from the University of the West Indies (UWI).

She is currently employed as an assistant lecturer in the Department of Economics at UWI.

The Reggae Girl is also an active netballer and basketballer and has played the roles of captain in both disciplines at UWI, she said that her participation in the football program will have to be placed on hold but that she will continue to pursue her love for singing.

Forrester attributed her success to her mother, the head of the sports department at Vere Technical High School, and her father, who played cricket, for gifting her with “a sports gene which has helped her towards her journey for success”.

“I just want to thank the Lord for continually being on my side and for being faithful to His servant,” she also said.