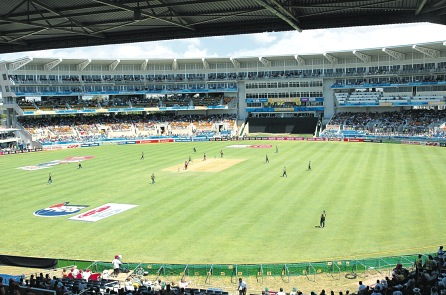 It has been confirmed that Jamaica will host the second of the four match test series between the West Indies and India in July and August.

According to a press report, West Indies Cricket Board (WICB) President Whycliffe Dave Cameron has confirmed that the match in Jamaica will be played from July 30 to August 3.

India’s tour of the Caribbean will start on July 9 with a practice match at Warner Park in St Kitts, three days after their arrival.

They will also engage in a second practice game on July 14 at the same venue.

The Indians depart the region on August 23. The tour forms part of the settlement between the West Indies Cricket Board and the Board of Control for Cricket in India (BCCI) for the aborted tour on 2014, when the one day team pulled out over a pay dispute.

The West Indies are expected to tour India to complete the tour in 2017.