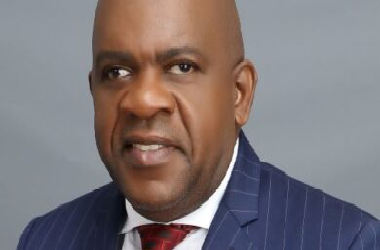 We don’t need another hero

We don’t need to know the way home

All we want is life beyond

Barbados’ ditching of the British monarchy for a republican status has created a lot of hullabaloos among officialdom in Jamaica as well as generated heated discussions on the streets.

The truth is Jamaica has been debating whether to remove Queen Elizabeth II as its head of state since at least the 1970s.

The angst among officialdom and members of the populace, it seems, is that Barbados, a small country, the size of Jamaica’s smallest parish — St. Thomas and with a population of less than 300,000 – has passed that milestone before the land of wood and water.

Moreover, the debate has gained moment with the recent appointment of Ms. Robyn Rihanna Fenty, the international superstar, and fashion mogul, as a national hero to mark the occasion.

This action has undoubtedly induced Opposition Senator Floyd Morris to join the fray by tabling a motion in the Upper House for Bob Marley, Jimmy Cliff, Miss Lou, and Usain Bolt to be named national heroes ahead of the Jamaica’s diamond Independence celebrations next year.

“Whereas the Honorable Robert Nesta ‘Bob’ Marley”; the Honorable James Chambers, Jimmy Cliff; the Honorable Louise Bennett-Coverley, Miss Lou; and the Honorable Usain St Leo Bolt have all given most distinguished service to Jamaica in the areas of music, sports, and culture; and whereas these citizens have presented Jamaica in a fabulous light across the world and contributed to the dominance of the country in reggae music, sports and culture since the country gained political independence in 1962; and whereas their prodigious efforts through their career have contributed to the global recognition of Jamaica, be it resolved that this honorable senate calls upon the Government to put in place the necessary mechanisms and procedures for these iconic Jamaicans to be declared national heroes and heroines, respectively, and be it resolved that these conferments be made in time for the 60th anniversary of Jamaica’s Independence on August 6, 2022,” Morris said in the sitting.

To date, Barbados has eleven national heroes, two living, whilst Jamaica has seven, with all dead.

However, the question is, does Jamaica need any more national heroes at this time, and who should be given such honor?

Given Senator Morris’ list, it would seem that if one can garner publicity for the country through arts, culture, and music, then that is sufficient for one to acquire national hero status.

It must have been an oversight on the senator’s part not to include one or two members of his ilk on his list — is he being crafty?

Today, the word “hero” is far too often applied without much thought.

It has become overused, and its meaning has become muddied and not, as it was meant to be, an extraordinary example of a person noted for feats of courage or nobility of purpose, especially one who has risked or sacrificed his or her life.

The fact of the matter is Jamaica should not be focusing on naming a national hero until at least the following is achieved, among others:

Pit latrines are a feature of the past

Informal settlement or ghettoes are dispensed with

Significant reduction in the country’s debt

The symbolic window dressing that the senator calls for to meet the country’s 60th anniversary of Jamaica’s Independence on August 6 is not worth the paper it is written on until we can meet the foregoing.

The country’s leadership should be concentrating on how to increase productivity and take Jamaica out of the economic doldrums it has been in for multiple decades.

Mr. Senator, leave naming national heroes out of the equation until the country can fulfill its obligation to its citizens.