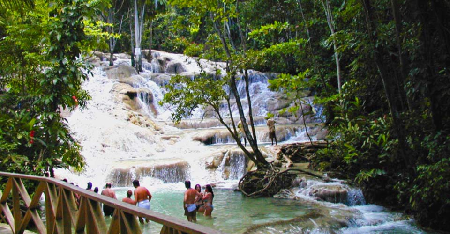 Jamaica has welcomed approximately two million visitors for the first half of 2019, earning US$2 billion in revenues.

Last year, the country had record arrivals of 4.32 million visitors with earnings of US$3.3 billion.

The figures were highlighted by Senator Pearnel Charles Jr. while opening the debate on the Tourism Workers Pension Act 2019 in the Senate recently.

Senator Charles said the sector’s continued growth is as a result of the hard work and dedication of the tourism workers.

“It is the professionalism and high-excellence service of workers that have contributed to Jamaica remaining top of mind and boasting an enviable 42 percent repeat visitor rate,” he said.

Senator Charles Jr. argued that an increase in visitors equates to greater demand for more trained workers. “The data shows that as at January 2019 there were 120,500 workers in the sector, which represented nine per of the labor force,” he said.

He noted that employment in hotels and restaurants increased by four percent from January 2017 to January 2019.

“This was approximately an additional 5,000 jobs over the two-year period,” he said.