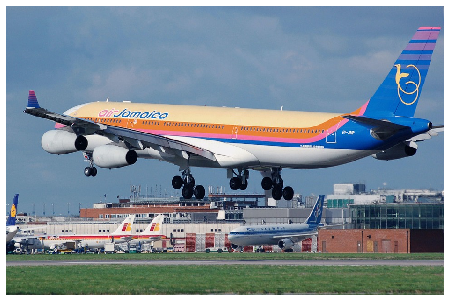 Jamaica registered a double-digit increase in visitor arrivals for the first three days of the month, the tourism ministry reported recently.

“Despite the challenges… we really had an excellent weekend. Our latest figures indicate that for the period July 1-3, 2016, Jamaica welcomed a total of 22,524 stopover visitors, which represents an increase of 13.2 per cent over the number of visitors recorded for the same period last year, when we welcomed 19,902 stopover visitors,” a news release quoted Tourism Minister Ed Bartlett.

The increase, the ministry said, provided some encouragement as tourism interests meet to discuss several pressing issues which impact the sector. “These include the continued decline in arrivals from the Canadian market coming from last year.”

At a stakeholders forum in Negril several weeks ago, Bartlett noted that upon taking up office in March this year, he was shocked at the 17 per cent decline in stopover visitors from Canada, Jamaica’s second -largest source market.

The decline, he said, was of grave concern to him because during his previous tenure, between 2007 and 2011, the number of visitors from Canada increased from approximately 165,000 to 380,000 per annum. “It was a lot of work to get to that point then, but I am confident that we can restore the numbers and get back on a solid and sustained growth path,” Bartlett said then.

Other concerns raised recently include a possible decline in European tourists in the wake of the recent Brexit vote in England and uncertainty in the US market, given developments surrounding the presidential elections slated for November.

A meeting to explore these and other issues was convened at the Montego Bay Convention Centre this week with representatives of the Ministry of Tourism, Jamaica Tourist Board, and Jamaica Hotel and Tourist Association.

The ministry said that in the face of various challenges, “a collaborative approach has been adopted by public and private sector tourism stakeholders to market destination Jamaica moving forward”.