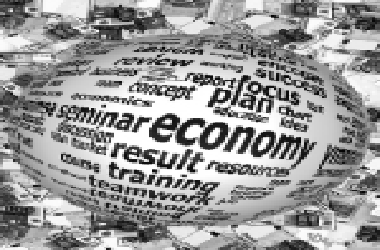 The increase in the price of oil on the world market to US$90 per barrel has significantly impacted the cost of goods on the local market.

This was revealed by Minister without Portfolio in the Office of the Prime Minister (OPM) with responsibility for Information, Hon. Robert Morgan, while responding to questions at Wednesday’s (February 9) virtual post-Cabinet press briefing.

The Minister said a few months ago the price of oil was US$60 per barrel, and Government is very concerned about the escalating prices globally, which are impacting prices locally.

He said the Prime Minister, the Most Hon. Andrew Holness, members of the Cabinet and the Ministry of Finance and the Public Service, have taken keen notice of what is happening globally and the impact on the cost of living in Jamaica.

“There are many factors operating on the local economy and causing inflation to… [rise]. We are an island; we do not produce hydrocarbons, so we have to import… . The global trade system has been disrupted and there are other associated costs and speculation… that have led to an increase in prices generally,” he explained.

Mr. Morgan emphasized that the issue of rising costs is being discussed within the Government at the highest level, led by the Prime Minister, and there are “constant discussions about what to do to assist local consumers to deal with, what is to some extent, an unprecedented period in our global markets that is impacting them”.

He noted that in recent weeks, the Prime Minister, the Minister of Finance and the Public Service, Dr. the Hon. Nigel Clarke, and the Minister of Agriculture and Fisheries, Hon. Pearnel Charles Jr., have been highlighting issues such as rising chicken prices, increased bank fees, and the impact that floods have had on farmers, which may also lead to increases in prices at the local markets.

In relation to taxation on gas and commodities, Minister Morgan explained that there are several revenue measures associated with petroleum, “so there is no homogenous gas tax”. He intimated that a discussion would take place within the Ministry of Finance and the Public Service concerning taxes on commodities in general, as that Ministry is where tax policy is executed.

“The Minister of Finance is probably the most competent person to pronounce on government tax policy,” he said.