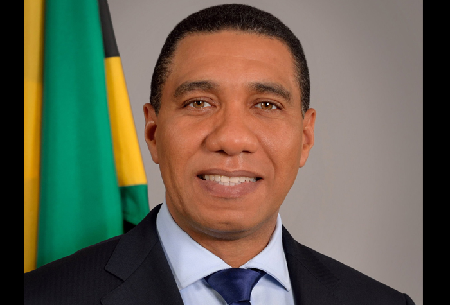 According to a Jamaica Information (JIS) report, Prime Minister Andrew Holness noted that if the economy continues on the current growth trajectory, Jamaica can attain full employment.

Speaking at a town hall meeting at Closed Harbor Beach in Montego Bay, St. James recently, the Prime Minister said the economy continues to show a positive outlook with unemployment at an all-time low.

In addition, he pointed to the Planning Institute of Jamaica (PIOJ) projected growth of 1.9 percent for the July to September quarter.

“If the economy continues on the path that it is now set, Jamaica will be in a position where it will have a job for every single citizen who is able-bodied and can work,” he said.

The Prime Minister said that the growth figures for the quarter ending September show that the economy “is moving in the right direction”.

“Last quarter (April to June), we had real gross domestic product (GDP) growth of 2.2 percent as reported by the Statistical Institute of Jamaica (STATIN). Maybe we will be above, but such it is with statistics – they go up, they go down. The important thing is not the point, it is the trajectory – the point-to-point movement, and what is clear is that the Jamaican economy is moving in the right direction as measured by growth,” he noted.

The Prime Minister welcomed the downward trend in the unemployment rate for July 2018, particularly among the youth.

He noted that there is great potential for increased job creation and gave the undertaking that the Government will strive to ensure that everyone who is able to work can gain full employment.

“What I am particularly happy about is the employment out-turn…. In July, we saw the lowest reported unemployment rate [at] 8.4 percent. That means, we would have had the highest number of Jamaicans employed in the history of Jamaica; and, in particular, youth unemployment declined by 5.3 percent to now be at 22.2 percent. These are very encouraging figures,” Prime Minister Holness said.