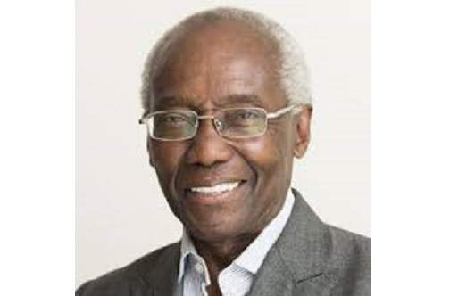 Born in St. Elizabeth in 1940, Godfrey Henry Oliver Palmer migrated to Britain in 1955 as a part of the ‘Windrush’ generation of Jamaican immigrants.

He overcame early educational and other challenges to graduate with a degree in botany from Leicester University in England in 1964. In 1968, he graduated with a Ph.D. in grain science and technology from Edinburgh University in Scotland.

While working at the Brewing Research Foundation, Sir Godfrey developed the Barley Abrasion Process which revolutionized the brewing industry.

He also holds the distinction of being the first person in Europe and the fourth in the world to have been honored with the American Society of Brewing Chemists Award of Distinction.

In 1989, Sir Godfrey was appointed the first black Professor in Scotland and was knighted in 2014 for services to human rights, science, and charity. He is also a founding member of the Jamaica Society Scotland.

During his working life, Sir Godfrey traveled and lectured extensively around the world, and was instrumental in developing the cereal, sorghum, for use as food and in the brewing process. He also assisted in initiating the first shipment of British barley to China.

On his retirement in 2005, Sir Godfrey was appointed Professor Emeritus of the Heriot-Watt University in Edinburgh.

He has also been conferred with Honorary Doctorates from a number of tertiary institutions, including The University of the West Indies and is a Fellow of the Royal Society of Medicine, and the Institute of Brewing.

As a human rights activist, Sir Godfrey has researched, written and lectured extensively on the Scottish links with slavery and the slave trade, including Scotland’s role in the abolition process.

He currently serves as the Honorary President of the Edinburgh and Lothians Regional Equality Council.

Jamaica’s High Commissioner to the United Kingdom, His Excellency Seth George Ramocan, welcomed Sir Godfrey’s appointment, noting that he has demonstrated an undying love for Jamaica through his decades of leadership, advocacy, and promotion of the country’s strong historical, social and economic ties with Scotland.