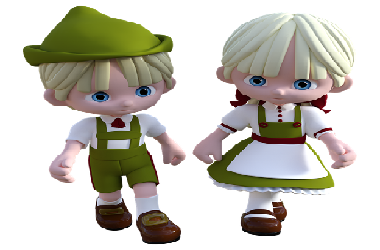 The predictable tragedy of Jack and Jill could have been avoided, we think. A narrow path it has always been, but slippery not so much. Indeed, before they fell, everything was going swell. Is it unreasonable to ponder if the drought has made us anxious or more secure in our one-of-a-kind hilltop water supply?

Should we attend to the path where they fell? Or make a dam complete with running trails and picnic tables to immortalize the heroes we lost that day?

You seem genuinely surprised that the tragedy of Jack and Jill’s fall, even as Jack claims it was an accident, can be viewed as peculiar more so than unfortunate.

“How do I see the fall of Jack and Jill?”

As a cautionary tale where Jack is unsuspecting that he is deservingly the villain and Jill the heroine, if and only if she is empowered to resist the breach and overreach that Jack brings as his entitled knowledge assumes.

If Jack and Jill’s misadventure becomes a pattern uninterrupted by intervention or insight till it is revealed by a predictable fall, then what we would mistakenly call a tragedy is not misfortune so much as it is indulgence that could not have yielded otherwise.

If your account of the Jack and Jill’s tale is to be believed, the villain is neither he nor she but happenstance and circumstance, neither of which can be held to account since all the

events were unforeseen. But if that be so, how do we reduce the space in which Jack misrepresents himself

and creates a catastrophe in the place where there should be a feast? If we assign to Misfortune the children fathered by Indiscipline, have we made their lives better or worse by our complicity?

For there is a reckoning individually and collectively when the antics of Jack and Jill, which should be frowned upon is instead lauded or excused, till it becomes and defines us. What then are we to make of this innocuous incident which you claim is much ado about nothing yet foretells the ruin of two lives? Do we have to be told that, “As go Jack and Jill”, so goes the village?

What if anything, should the community do about the heroes and our heritage of fidelity to slippery slopes, for our discontent and frustration is made manifest at Standpipes all across the land of wood and water? Our response of “Get two passport size pictures signed by a JP” largely leaves the problem unresolved.

The problem is not that Jack fell but that our apathetic approach complete with gallows humor has not committed to fixing slippery slopes or the expansive ideas of building dams and smooth roads so that the horizons to which we have grown accustomed would no longer fill us with dread from which to escape but instead fill us with purpose and a sense of our responsibility to every Jack. And Jill?

She doesn’t speak much of that fateful day, but she is OK. She is a brain surgeon in the USA.