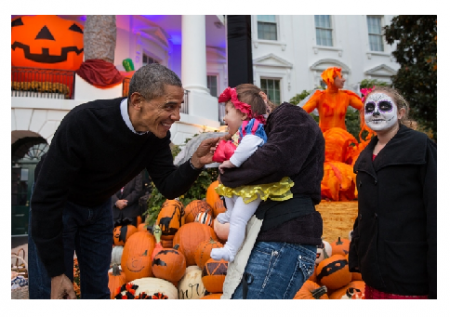 President Obama, in his weekly address noted that the unemployment rate is below 6 percent for the first time in six years and that over the past six months, the economy has grown at its fastest pace since 2003.

He, however, lamented the fact that the gains of the growing economy have not been felt by everyone. He posited that the momentum must be harnessed so that the right choices may be made so that everyone who works hard can benefit and get ahead.

“In recent weeks, I’ve talked about these choices, from raising the minimum wage to creating new jobs in construction and manufacturing. Today, I want to focus on what I discussed with those women — the choices we need to make to help more women get ahead in today’s economy,” he said.

The President further said, “Right now, women make up almost half of our workers. More women are their family’s main breadwinner than ever before. So the simple truth is, when women succeed, America succeeds. And we should be choosing policies that benefit women — because that benefits all of us.”

He submitted that women deserve fair pay and noted mournfully that even though it’s 2014, there are women still earning less than men for doing the same work. “We don’t have second-class citizens in this country — we shouldn’t in the workplace, either. So let’s make sure women earn equal pay for equal work, and have a fair shot at success,” he remarked.

“Women deserve to be able to take time off to care for a new baby, an ailing parent, or take a sick day for themselves without running into hardship. So let’s make sure all Americans have access to paid family leave,” he continued.

President Obama argued further that pregnant workers deserve to be treated fairly and pointed to the fact that today women can still be fired for taking too many bathroom breaks, or forced to take unpaid leave just for being pregnant. “That’s wrong — and we have to choose policies that ensure pregnant workers are treated with dignity and respect,” he declared.

He said, “New parents deserve quality, affordable childcare. There’s nothing like the peace of mind that comes with knowing that your kids are safe while you’re at work. And the benefits that children get out of early enrichment can pay off for a lifetime. But in many states, sending your kid to daycare costs more than sending them to a public university. So let’s start demanding Pre-K for our kids.”

“And when most low-wage workers are women, but Congress hasn’t passed a minimum wage increase in seven years it’s long past time that women deserve a raise. About 28 million workers would benefit from an increase in the minimum wage to ten dollars and ten cents an hour. And more than half of those workers are women. The local businesses where these workers spend their money would benefit, too. So let’s do this — let’s give America a raise,” he explained further.

He also said that all of these policies are common sense approach and moreover within our reach. “We’ve just got to speak up and choose them. Because they’ll build a stronger America for all of us,” he concluded.