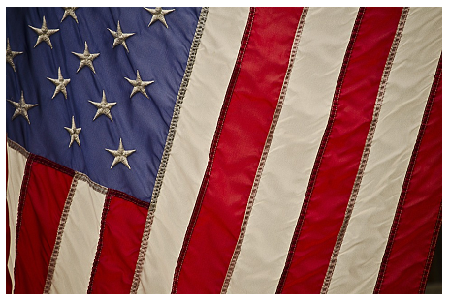 When a majority of citizens disagrees with economic elites and/or with organized interests, they generally lose. Moreover, because of the strong status quo bias built into the US political system, even when fairly large majorities of Americans favor policy change, they generally do not get it. . . [T]he preferences of the average American appear to have only a minuscule, near-zero, statistically non-significant impact upon public policy.

— Martin Gilens and Benjamin I America’s politics have changed dramatically over the years but more so today than ever before.

With a black President in the White House, the changes seem even more pronounced, and the political divide between both parties appears to be much further apart.

President Obama so far has faced a wretched second term as practically every major decision he seeks to make is met with obstruction and opposition from the Republican Party law makers.

The latest being his attempt to name a judge to sit on the Federal Supreme Court.

Moreover, compromise has become a dirty word in Washington as the Republican Party leadership has staked out entrenched positions that suggest it’s either their way or no way.

The fact is with the Republican Party controlling both the House and Senate, and showing contempt for a sitting President’s policy, governance was always going to be difficult.

In addition, the coarseness of the language used in politicking, the quest to be politically incorrect to woo the voiceless, and the disenchanted electorate is now tantamount to a bare as you dare contest.

The 2016 Presidential nomination campaign is a case in point and more so among the Republican candidates.

Here, you have the leading Republican Party Presidential contender, Donald Trump, not only is he not afraid of using the f word at the drop of a hat or chomping at the bit to punch a heckler in the face, but also berates journalists, who don’t meet with his liking, among other behaviors that could easily be described as raucous and uncouth.

The trading of insults among the candidates and their crass and cantankerous tone on the campaign seem to be a new low in modern American politics.

Furthermore, the dimension of bipartisan gerrymandering has now grown to cripple the electoral process. It does not facilitate genuine competition, but is set to ensure the re-election of most or all incumbents on both sides of political divide.

Added to this, many states are not only seeking to make voting a more difficult exercise for the poor and minority by having new draconian voter-ID laws in place but are also attempting  to eliminate same-day voter registration or allow for any extended  voting period.

Also, the political interest groups have grown rapidly in numbers with each group lobbying for its own interest rather than fighting for the collective interest of the American people.

Over time, these groups have become so strong and powerful that most politicians are now beholden to them.

Consequently, today, policies and laws are framed not to benefit the majority poor and voiceless, but within the interest of few wealthy donors, corporations, and other interest groups that wield huge financial power.

With the general election set for November and a new president to be installed in January 2017, one wonders whether a new day will dawn for the American people.

However, given the utterances by candidates on the campaign trail thus far, it would seem foolish to hope for any change.