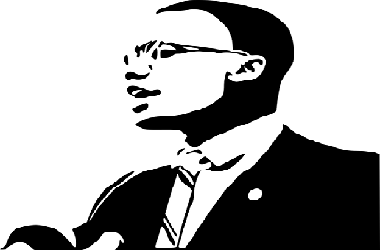 “A man who stands for nothing will fall for anything.”

The killing of George Floyd, a 46-year-old black man by a white police officer, kneeling on his neck for almost eight minutes, while the black man pleads for his life and repeatedly cries “I can’t breathe,” has forcefully brought to the fore man’s inhumanity towards each other, and more importantly to those who are deemed “less than.”

Historically, blacks have been dealt with callously by police officers, and some would argue even more cruelly by black officers.

Kaepernick took the controversial stance of kneeling for the United States national anthem in protest against racial injustice and police brutality.

However, his action not only resulted in him being ejected from his team but also finds him out of the National Football League (NFL) since the end of the 2016 season.

The question must be asked, what if every black and brown player in the league had come out in support of Kaepernick?

The truth of the matter, Kaepernick was willing to take a stand to his own detriment and that of his family.

Similarly, in 1966, Muhammad Ali refused to be drafted into the military, citing his religious beliefs and opposition to the Vietnam War.

He was arrested, found guilty of draft evasion, and stripped of his boxing titles.

Today, Los Angeles Lakers superstar LeBron James has argued that the NFL should apologize to Kaepernick.

“I’m not with those guys, but I do understand that an apology, I had not heard a true, official apology to Colin Kaepernick on what he was going through and what he was trying to tell the NFL and tell the world about why he was kneeling when he was doing that as a San Francisco 49er,” James said during a Zoom interview with Bloomberg Businessweek.

The fact is Kaepernick did not get overwhelming support during his “kneel,” but today, there is a dramatic shift in more peoples’ attitudes, and the death of Floyd plays no small part in this change.

Even the NFL commissioner Roger Goodell is lending support now by encouraging teams to sign Kaepernick.

More and more people are beginning to wake up to the fact that “Black Lives Matter.”

And the youths of today are not prepared to sit idly by and allow an unjust system to swallow them but are letting their voices heard in street protests and demonstrations not only locally, but also internationally.

Here also, one would do well to draw on the words of Claude McKay, the Jamaican poet:

If we must die, let it not be like hogs

Making their mock at our accursèd lot.

If we must die, O let us nobly die…

Part of Leadership is taking “one” for the team, taking a stance, and making a sacrifice regardless of the outcome.

It’s not escounding from the issues of the day or hiding in one’s riches, fame, and glory.

Until one recognizes that injustice against one person is injustices against all, the fragmented approach to socio-economic and political issues will remain.