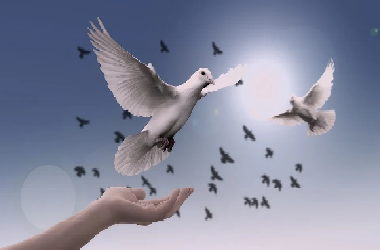 The U.S. has assisted Benjamin Netanyahu and Prince Mohammed Al Nahyan in a brokered agreement, which President Trump dubbed “historic.”

The two countries, Israel and the United Arab Emirates, are now set to normalize relations.

Until now, Israel has had no diplomatic relations with Gulf Arab countries.

However, a spokesman for Palestinian leader President Mahmoud Abbas said the deal amounted to “treason”, and the Palestinian ambassador to the UAE was being recalled.

The deal marks only the third Israel-Arab peace deal since Israel’s declaration of independence in 1948, after Egypt and Jordan.

“Now that the ice has been broken, I expect more Arab and Muslim countries will follow the United Arab Emirates,” President Trump told reporters.

He also said there would be a signing ceremony at the White House in the coming weeks.