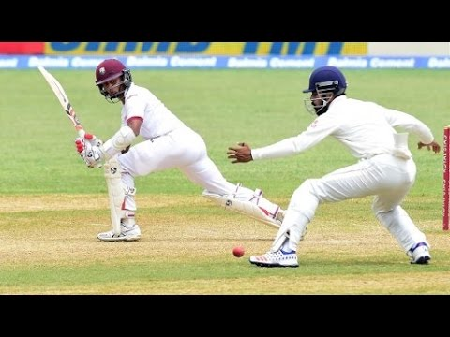 The young West Indian wicket-keeper batsman Shane Dowrich before the ongoing series against Sri Lanka had scored 724 runs in 33 test innings at a measly average of 21.93, with only six (6) fifty-plus scores.

In the ongoing series, he has so far scored 261 runs at an average of 87, inclusive of one century and two fifties, one of which is unbeaten and might be turned into another century. He is so far the leading run-getter in the series, and his career average has catapulted to 30 when the ongoing unbeaten innings is taken into consideration.

Based on the current series performance, one is compelled to ask the question is Shane Dowrich coming of age in test cricket? I will look at reasons why it seems this way.

One of the noticeable changes in Shane Dowrich’s batting this series is a heightened sense of concentration and desire. He has faced 593 balls so far and has only been dismissed three times, which shows how well he has concentrated for long periods of times.

This an essential attribute of any successful test batsman since at this level of cricket, batsmen are required to grind it out for long periods and get stuck in sometimes when the situations are difficult.

This is exactly what Dowrich has done so far in 3 of the five innings that he has played in this series and has largely been the architect of the strong batting performances displayed by the West Indies so far.

We hope that Dowrich will continue to concentrate at the same high level for the remainder of this series and others to come if he does the West Indies team will be more competitive in test matches.

In addition to his improved powers of concentration, Dowrich now also seems to have the desire to score big runs. In this series so far, he has placed a high value on his wicket and seemed extremely distraught on the occasions that he has gotten out, this type of mindset is typical of top performing test batsmen and augurs well for Dowrich in his future as a test batsman. If he continues to have the desire to score big runs, he will surely become one of the best wicket-keeper batsmen in the world in short order.

Another noticeable improvement in Dowrich’s batting is how technically sound he now looks. He is resolute in defense, comfortable and decisive to fast bowling and the short ball and fleet-footed against spin bowling. He has looked like a model of a batsman in the series so far in terms of how technically correct he has played all the Sri Lankan bowlers, especially how he has handled the extreme pace of Lahiru Kumara on pitches which have been conducive to pace bowling.

His innings of 71 in the ongoing 3rd test match at the Kensington Oval has been particularly impressive, inclusive of some ferocious pull and hook shots against the short balls of Kumara who has bowled as fast as 148 kph.

Also, Dowrich’s wicketkeeping has been excellent in this series so far.  He has handled the fast and moving balls of Shannon Gabriel and the other bowlers efficiently, and there have been little alarms behind the stumps, which generally means that a wicketkeeper is doing well.

Wicket keeping has always been the strongest aspect of Dowrich’s game, and he continues to do well in this regard. His massive improvement has a batsman this series, coupled with his efficient wicketkeeping has shown that he is coming of age in test cricket.

His value to this West Indian team has increased significantly, and one hopes that he will continue in the same vain for the sake of West Indies cricket.