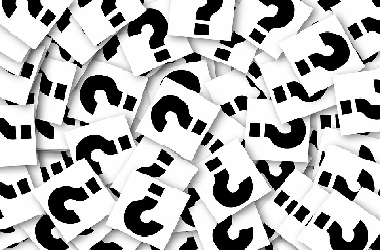 In a recent interview, United States Ambassador to Jamaica Donald Tapia revealed that several persons within the local private sector have had their U.S. visas revoked in recent times.

Mr. Tapia said the U.S. has been targeting persons, including members of the private sector, who are involved in corruption.

“Many times, I notice that the papers and the media zero in on government. But you must keep in mind that there is corruption within the private sector at the highest levels and they are dealing in illicit goods, and we will be looking at them and targeting them also,” he declared, noting that the Jamaican government has been “very, very cooperative in working with us and us working with them.”

This is a serious indictment on the Jamaican government that after 58 years of independence, a foreign government has gained the right to police the local business sector by helping to root out corruption and punish members of the private sector.

However, the question is, why make the U.S. the chief watchdog, and not England or China, Barbados, or even another country in the Caribbean and Latin America?

Is Jamaica now a client state of the U.S., or the U.S., a model country for ethics and values among the country’s trading partners?

There is no doubt that corruption plagues business operations and government activities on the island, but the U.S. is no angel in that regard.

A case in point, the U.S. President Trump was recently impeached for an act of outright corruption. He leveraged his office—his ability to grant a foreign leader a White House meeting and to hold up nearly $400 million in military assistance—to pressure the new president of Ukraine to initiate unfounded investigations that would help him politically.

Apparently, not all corruption is equal, and some deserve foreign intervention and by the U.S., in particular.

“No one believes more firmly than Comrade Napoleon that all animals are equal. He would be only too happy to let you make your decisions for yourselves. But sometimes you might make the wrong decisions, comrades, and then where should we be?” writes George Orwell in his classic book titled, “Animal Farm.”

So, according to Ambassador Tapia progress is being made to finalize a Memorandum of Understanding, MOU with the Holness led administration to stamp out corruption at the island’s ports.

The MOU will allow American intelligence and customs authorities to partner with local law enforcement to build cases against persons involved in the shipment of illegal items into the island.

“The Government of Jamaica is working very hard – the Attorney General, the other agencies… Keep in mind that it’s not just one agency that it affects, it affects two or three, so each one of them must review it, make sure that their attorneys are OK with it and I believe that we will have that MOU that I spoke of in the very near future,” he revealed.

Is it only the U.S. goods are coming from illegally or because Jamaica is a dependent state?

Certainly, there are no talks about U.S. authorities at ports or customs in Singapore, for example.

The government must be held accountable by the people for the country being so corrupt to the extent that there is a need for foreign intervention.

Slavery was abolished in Jamaica in 1834, and the country gained its independence in 1962, and on the face of it, the people still have not left the plantation.

The nation’s population is only three million people, a lot of resources, yet it is mismanaged, and the cry of corruption is deafening.

At the same time, it’s laughable to see the U.S. trying to take the high ground on corruption when seen through the scriptural lens, “And why beholdest thou the mote that is in thy brother’s eye, but considerest not the beam that is in thine own eye?”

It also reminds one of the charges of corruption by the U.S. against Cuba for sending its doctors overseas but sees nothing wrong with sending its Peace Corps overseas.

Yes, Jamaica needs help in tackling corruption, but no country should have a monopoly on that endeavor, let alone the U.S.

It speaks to the shame and ineptness of the past and current government that the country has come to this in terms of its affairs.

And in the local parlance — look wah wi come to!