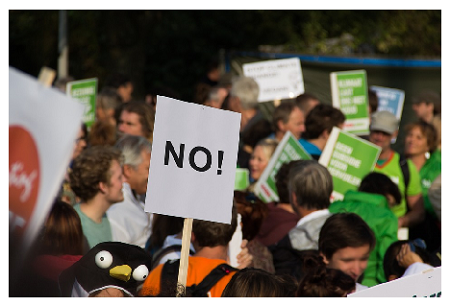 A number of universities and colleges have witnessed a spate of protests by students who are making demand on the leadership of these institutions to make amends to what they deemed as past wrongs. The latest protest is among Princeton University students who are demanding the removal of the name of Woodrow Wilson from the institution’s school of foreign affairs amid protests.

Woodrow Wilson, a former U.S. president as well as one-time president of the university, has drawn the wrath of students as they viewed his legacy as one that is sullied by racist comments and opinions he held back in the days.

Today, Wilson’s name and legacy are honored in several places on the Princeton campus including a residential college and the prestigious Woodrow Wilson School of Public and International Affairs.

However, the students are voicing strong objection to the accolades bestowed on Wilson as well as the high esteem in which he is held by the university given his historical racist views.

They are therefore calling for him to be stripped of all the honors granted.

Some minority students referring to themselves as the Black Justice League made their demand at a sit-in inside the office of University President Christopher Eisgruber.

Wilson supported the segregation of the federal government, where, in some offices “screens were set up to separate white and black workers,” according to William Keylor, a Boston University historian.

The protest ended when Eisgruber agreed to consider the demands of the students, which included removing a large mural depicting Wilson in the residence hall named for him.

The predominantly white student body, however, seem to disagree with the Black Justice League’s fixation on Wilson, and take issue with the broader goal of improving diversity training at the school.

In the meantime, New Jersey governor and Republican presidential candidate Chris Christie reportedly told THE WEEKLY STANDARD that the Princeton administration’s reaction to a sit-in protest by 15 students was “ill-conceived” and disappointing.

Christie, whose oldest son attends Princeton, also called the protests at the university and other schools across the country “crazy” and connected to a “sense of lawlessness” perpetuated by President Barack Obama.

On the other hand, university professor Cornel West has pledged his support to the students protest.

He noted the following in exchange with change.org, “I am an alumnus of Princeton and professor. I stand in solidarity with our brothers and sisters of all colors — so disproportionately chocolate in their struggle against the vicious legacy of white supremacy at Princeton. We especially focus on anti-black racism students experience at Princeton and we also reject the ugly threats to Black students at Princeton. I call on all members of the Princeton community to meet this challenge.”