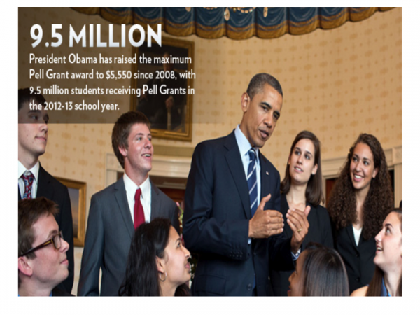 Education is defined as “the act or process of imparting or acquiring general knowledge, developing the powers of reasoning and judgment, and generally of preparing oneself or others intellectually for mature life.” – dictionary.reference.com

It is within the context of the foregoing, one could rightly argue that education ought to be considered a right that should be enjoyed by all people. However, in light of the overwhelming evidence and trend to the contrary, such a view may be best described as an illusion or wishful thinking.

Today, education is one of the largest and fastest growing industries, not only in the United States but also globally. In the U.S., it is a multibillion-dollar enterprise consisting of schools, colleges, universities, and various private institutions. It is like any other industry, one that is driven for the most part by demand and supply.

Presently, there is a wide variation in prices charged by institutions of different types and in different parts of the U.S. However, in general, the average cost for a four-year nonprofit college education ranges from a low of approximately $20,000 to a high of $50,000.
In light of this, there are few students who can afford the cost of their education without some form of financial assistance. According to finAid.org, the average student loan debt among graduating seniors has ratcheted up to over $23,000. The gravity of the situation is even more pronounced and telling when viewed against President Obama’s own experience.

“We left school with a mountain of debt.” “Michelle I know had at least $60,000. I had at least $60,000. So when we got together we had a lot of loans to pay. In fact, we did not finish paying them off until probably we’d been married for at least eight years, maybe nine,” declared the president in one of his speeches recently.

The fact of the matter is education is premium priced and consequently requires a high percentage of any family’s income to pay for it. At the same time, one also cannot ignore the capital investment that must be made by the various institutions in order to maintain their core competence and competitive advantage.

Notwithstanding, the question of where is the return on investment in one’s education is an apt and relevant one when considered against the high level of unemployment and underemployment among students leaving college.
In reality, when one places the investment made in education against the deteriorating economic conditions and market uncertainty, one is left with a deep sense of apprehension and doubt about the future.

Therefore, one can appreciate the bleak outlook especially among parents, guardians, and students since they are the ones who are directly affected by the challenging global economic conditions that have had a negative impact on their investment in education.
The truth is over the years, one has been told, go to school, study hard, and thereafter one will be able to find a good job and ultimately be a productive member of the society. Alas, for many students and families, this appears to be one of the biggest fairy tales that has ever been told if ever there was one.

Now, if the vicious cycle of federal deficit, weak state economies, spiraling increase in fees and tuition, and decline in economic opportunities continues students at the end of their studies will continue to suffer a huge set back and the social implications will be devastating. ∅