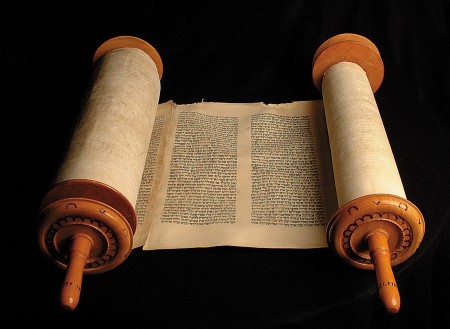 In an article which appears on the website www.jamaicagleaner.com, titled, “Modern Disease and Old Testament Health Laws,” columnist Martin Henry cites the Old Testament laws as a useful lens and benchmark from which one could view our current health crisis as well as used as a reference point for best practice.

Henry poses the question, “How do you prevent two million people living in tents in a wilderness from dying off from infectious diseases like Ebola, which is now threatening the whole world out of West Africa where it has roared back to life?”

“There is no knowledge of immunity, or of vaccines; or of microbes, for that matter.”

Henry states, “This is 1,400 BC, 3,400 years ago. And the people have just marched out of 400 years of slavery in a land riddled with diseases despite having the most advanced medicine of the day, a medicine which was not shy to prescribe human excrement mixed with yeast of sweet beer, ass’s semen and bullock’s bile.”

He notes that today although our medicine seems more advanced it hasn’t been able to prevent or reduce the most massive burden of non-communicable lifestyle diseases that this world has ever seen. Moreover, he argues that we are facing serious challenges from new infectious diseases like Ebola, and resistant strains of old diseases, like He further argues that no matter how the present Ebola crisis turns out, there will be a barrage of infectious diseases, new and old, coming at us.

“The risk is much more than direct sickness and death. Trade and travel will get hurt, and with them entire economies. Port workers in Trinidad last week were prevented by their union from unloading a ship from Ghana. Ghana is not even among the five West African countries from which passengers have been banned from entering Trinidad and Tobago,” he contends.

The fact is the economic cost as a matter of course cannot be discounted as this could wreak havoc on fairly weak economies.

Speaking of the Old Testament Israelites, Henry notes that for them as ex-slaves to have survived their wilderness experience divine intervention must have been involved. Citing scriptural injunction he points to the following, “I will put none of the diseases on you which I have brought on the Egyptians.” And the condition was remarkably simple and straightforward. “If you diligently heed the voice of the Lord your God and do what is right in His sight, give ear to His commandments and keep all His statutes.”

He posits that from instruction given to ancient Israelite came a remarkable set of public health and personal health-care commandments remarkably relevant to our circumstances today and confirmed by the toils of modern science millennia later.

“The sanitation laws of ancient Israel were unparalleled for the times and are good for now,” he argues.

According to Henry, Dr D.T. Atkinson notes in Magic, Myth and Medicine: “In the Bible, greater stress was placed upon prevention of disease than was given to the treatment of bodily ailments, and in this no race of people, before or since, has left us such a wealth of laws relative to hygiene and sanitation as the Hebrews. These important laws, coming down through the ages, are still used to a marked degree in every country in the world sufficiently enlightened to observe them. One has but to read the book of Leviticus carefully and thoughtfully to conclude that the admonitions of Moses contained therein are, in fact, the groundwork of most of today’s sanitary laws. As one closes the book, he must, regardless of his spiritual leanings, feel that the wisdom therein expressed regarding the rules to protect health is superior to any which then existed in the world and that to this day they have been little improved upon.”

Furthermore, Henry states that a Jewish physician, Balavignus, was able to keep the 14th-century Black Death bubonic plague from the Jewish ghetto in Strasbourg, Germany, by instituting Old Testament sanitation principles. Balavignus, he explains, directed cleaning up the place and burning refuse.

Consequently, the rat vectors were forced to migrate to dirtier parts of town taking the disease with them. The other townspeople accused the Jews of causing the plague and massacred them.

The Hebrews were told to dig a hole and bury their excrement, which was to be released outside the camp so that the camp would be clean and holy.

“When we go past the conspiracy theories, and with all respect to our suffering and dying African brethren, the best current view on the origin of Ebola in humans is from bush meat. Most of the previous outbreaks, one report says, have been caused by meat from dead infected animals collected by hunters. Fruit bats, widely eaten in West Africa, but expressly forbidden by the OT food laws, have been implicated in the current outbreak,” he postulates.

He further opines, “The health laws from The Voice gave a list of unclean animals not to be eaten, now known to be more likely to be transmitters of disease. But in any case favoured a plant-based diet with only limited use of meat completely drained of blood, thoroughly cooked, and not kept any longer than three days. Even among the clean animals, the law says, “You shall not eat any fat, of ox, or sheep or goat.” And it was absolutely forbidden that anything found dead was to be eaten.”

He explains that handling the dead has been a significant avenue for the spread of Ebola. However, the Hebrew laws severely curtailed handling the dead and imposed a rigid system of purification washings for this and other situations like emissions and childbirth with its vulnerabilities to disease transmission. Hand washing, we now know, is the single most effective disease prevention activity.

“Hebrew law rigidly applied the quarantine and the curtailment of movement for deadly infectious diseases. Something which moderns will be forced to apply more rigidly in this age of jet aircraft if Ebola significantly spills outside of West Africa and to curtail the spread of Ebola’s successors which are coming,” he writes.

He says, “AIDS, a sexually transmitted viral disease which has disproportionately ravaged Africa and the Caribbean, the two areas of the world with majority black populations, is perfectly avoidable under the prescriptions of ancient Hebrew law for abstinence and faithfulness. So are all other sexually transmitted infections. The prohibitions against homosexuality also have important health implications, the pointing out of which cost Prof. Brendan Bain his job. But everywhere men who have sex with men have higher incidences of HIV infection.”

“Cancer of the cervix, which accounts for about 25 per cent of cancers in women in general and occurs at higher incidence in Jamaica than globally, is very rare in Jewish women. A good fortune that must be attributed to Jewish men. The prescribed circumcision enables the men to keep the glans penis clean and free from the bacteria which could otherwise become lodged beneath the foreskin,” he continues.

Finally, Henry argues that that there is going to be much more needed than high-tech medicine to stay personally healthy and to offset the public health impact of new and old diseases that may come roaring back at us.

“We have a tried and tested old manual. Groups of people who follow it more than their neighbors have been shown beyond the shadow of any doubt to be better off in health,” he concludes.