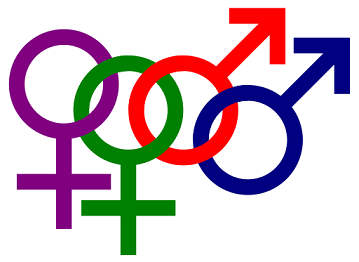 Joe Aguirre, in an article on the website reasons.org,noted that a study titled “Gay Men, Straight Women Have Similar Brains,” seems to provide evidence for a biological basis for homosexuality.

Aguirre said researchers have found that gay men and straight women share similar brain traits, including size and the function of the amygdala, which is tied to emotion, anxiety, and aggression.

He noted that according one of the researchers, “The latest findings imply that ‘human sexuality has neurobiological underpinnings,’ the mechanisms of which are complex and ‘require humbleness and restraint from quick judgments.'”

In addition, he stated that in another article titled, “Same Sex Couples Common in the Wild,” made headlines at the time of California’s same-sex marriage ban overturn.

He pointed out that a zoologist had observed that same-sex coupling could be observed in at least 1,500 animal species.

He opined that one potential conservative response was to wonder out loud about the timing of such stories. The brain report came out on the same day that California’s overturn took effect.

Added to this he said there were TV cameras capturing displays of affection and emotion, thus forcing many religious conservatives to see a complicit media rubbing it in the faces of “mean-spirited, intolerant, unenlightened zealots.”

Setting aside name-calling and agenda, what does this research—if it holds up—mean? he questioned.

Aguirre noted that the subject was broached before in this forum (here and here), and that feedback suggested that a genetic predisposition (for example, an alcohol, adultery, or pedophile gene) does not excuse one from immoral behavior.

He argued that since RTB bills itself as an organization that champions scientific testing, this data seems to present a test for a specific biblical text (or at least for most conservative Christians’ interpretations of the text) that speaks negatively against homosexual behavior. In Romans 1:26–27 the Apostle Paul writes:

Because of this, God gave them over to shameful lusts. Even their women exchanged natural relations for unnatural ones. In the same way the men also abandoned natural relations with women and were inflamed with lust for one another. Men committed indecent acts with other men, and received in themselves the due penalty for their perversion.

He concluded that the Bible calls homosexuality unnatural, but it appears that some recent scientific studies call it natural. Does this research jeopardize biblical inerrancy? Have traditional conservative interpretations missed the mark?