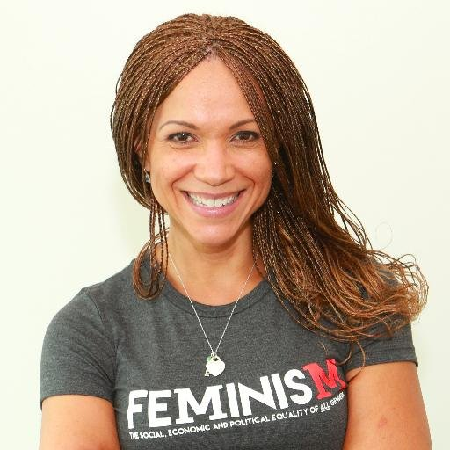 Melissa Harris-Perry is not a happy camper, and she has no qualms in voicing her displeasure.

According to a press report, the popular MSNBC Saturday and Sunday morning talk show host Harris-Perry told her co-workers that she has lost editorial control of her show.

“Here is the reality: Our show was taken — without comment or discussion or notice — in the midst of an election season. After four years of building an audience, developing a brand and developing trust with our viewers, we were effectively and utterly silenced,” Harris-Perry reportedly said in an e-mail sent to co-workers.

New York Times reported that in a phone interview, Ms. Harris-Perry confirmed she would not appear on the show this weekend.

It also noted that the talk show host was unhappy with the degree of uncertainty surrounding the show.

Furthermore, she expressed frustration as her time slot had faced pre-emptions for coverage of the presidential election.

She decried her long absence from the network and felt that she was mostly sidelined during recent election coverage in South Carolina and New Hampshire — she was asked to return this weekend, the report noted.

“I will not be used as a tool for their purposes,” Harris-Perry wrote in the email to colleagues. “I am not a token, mammy, or little brown bobble head. I am not owned by [NBC News Chief Andrew] Lack, [MSNBC President Phil] Griffin or MSNBC. I love our show. I want it back.”

Harris-Perry started her morning weekend time program on MSNBC, February 18, 2012. The program is set in a panel discussion format, focusing on race, national politics while exploring the “intersections of culture, art, and economics.

The full e-mail Harris-Perry sent to her colleagues was published by MTV News‘ Jamil Smith on Medium Friday afternoon.

Smith is a former producer on Harris-Perry’s show:

As you know by now, my name appears on the weekend schedule for MSNBC programming from South Carolina this Saturday and Sunday. I appreciate that many of you responded to this development with relief and enthusiasm. To know that you have missed working with me even a fraction of how much I’ve missed working with all of you is deeply moving. However, as of this morning, I do not have any intention of hosting this weekend. Because this is a decision that affects all of you, I wanted to take a moment to explain my reasoning.

Some unknown decision-maker, presumably Andy Lack or Phil Griffin, has added my name to this spreadsheet, but nothing has changed in the posture of the MSNBC leadership team toward me or toward our show. Putting me on air seems to be a decision being made solely to save face because there is a growing chorus of questions from our viewers about my notable absence from MSNBC coverage. Social media has noted the dramatic change in editorial tone and racial composition of MSNBC’s on-air coverage. In addition, Dylan Byers of CNN has made repeated inquiries with MSNBC’s leadership and with me about the show and what appears to be its cancellation. I have not responded to reporters or social media inquiries. However, I am not willing to appear on air in order to quell concerns about the disappearance of our show and our voice.

Here is the reality: our show was taken — without comment or discussion or notice — in the midst of an election season. After four years of building an audience, developing a brand, and developing trust with our viewers, we were effectively and utterly silenced. Now, MSNBC would like me to appear for four inconsequential hours to read news that they deem relevant without returning to our team any of the editorial control and authority that makes MHP Show distinctive.

The purpose of this decision seems to be to provide cover for MSNBC, not to provide voice for MHP Show. I will not be used as a tool for their purposes. I am not a token, mammy, or little brown bobble head. I am not owned by Lack, Griffin, or MSNBC. I love our show. I want it back. I have wept more tears than I can count and I find this deeply painful, but I don’t want back on air at any cost. I am only willing to return when that return happens under certain terms.