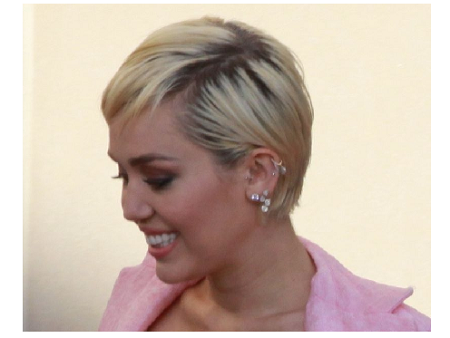 “For the past 33 years, I have looked in the mirror every morning and asked myself: ‘If today were the last day of my life, would I want to do what I am about to do today?’ And whenever the answer has been ‘No’ for too many days in a row, I know I need to change something.”

The latest news on the street is that Miley Cyrus will be putting away her “slack” for a more conservative look.

The sassy, sexy, and daring song bird is reportedly getting back with her modest and sober ex fiancé Liam Hemsworth, and this has propelled a change in Miley’s ward robe and outlook.

According to a HollywoodLife.com report, “Miley never stopped loving Liam. He’s the one guy that she almost married. Her heart never stopped beating for him. She’s come to her senses and realizes that he’s a good man and she really doesn’t want to lose him.”

“They’re taking things slow and Miley has even told him she’s going to tone down her raciness. She’s reached her plateau of shock value and is sort of over being over-the-top. She knows Liam wasn’t too fond of her antics and she’s going to attempt to tone that down while they’re rekindling,” added the report.

Another source revealed: “When they split, Miley went into overdrive partying and being provocative.”

“Liam is quite conservative so it felt like she was reclaiming her own identity.”

“Now she feels she has nothing left to prove.”

“While she’s still going to push the envelope when it comes to videos and touring, she’s been explaining to Liam that it’s not necessarily who she is behind the scenes.”

And the 23-year-old star is hoping a more reserved image will persuade 25-year-old Liam – whom she split from in 2013 after five years of dating – she is a “normal” girl he can settle down with.

The source also said, “Ultimately, Miley wants to show Liam that she’s ready to settle down, that she’s just a normal girl who loves her family – and that’s the side of her Liam fell in love with.”

So, although, Cyrus will not be dressing for church, she is apparently making a change for her man.