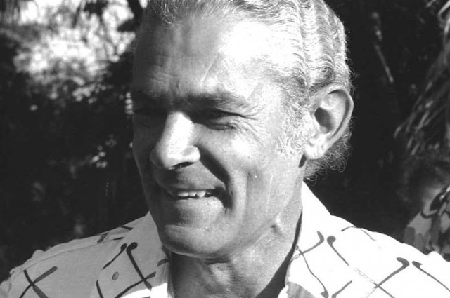 On this side of the pond, over the years, Democratic socialism as a political philosophy has taken a bad rap.

This, of course, is partly due to political propaganda, ignorance, and a failure to think differently.

The fact of the matter is Democratic Socialism is just one of the many philosophies through which governments seek to allocate resources for the production and distribution of goods and services or organized its economy.

Basically, it emphasizes self-management and/or democratic management of economic institutions within a market-driven or decentralized planned economy.

Many countries practice Democratic Socialism or at least have characteristics biased toward this system of government — examples are Norway, Sweden, Denmark Finland, France, Canada, among others.

Michael Manley, a former Prime Minister, in his attempt to introduce Democratic Socialism to Jamaica, though well-intentioned, failed because of various reasons.

Some of which include:

That said, any objective analysis of the socio-economic and political issues in Jamaica will find that there’s a need for change in the deepening of the democratic process as well as a need for creating a just and more egalitarian society.

For example, a United Nations Development Program (UNDP) recent report puts Jamaica’s per capita income at US$8,350 and finds that 406,000 of the country’s people live either near or in extreme poverty.

Of that number, the report states that 14,000 live in extreme poverty.

The report ranks Jamaica at 94 out of 188 countries on the UNDP human development index, which assesses health, education, and standard of living.

Another case in point is the lack of access to quality healthcare. Today, a large percentage of the population, described as the medical indigent — individuals who lack access to care, are underinsured or impoverished and have unmet medical needs because of fragmented health care, and non-existent or inadequate follow-up care, are the underprivileged or “insuranceless left behind.”

The fact is Jamaica’s healthcare system for a long time has been plagued with infrastructure and maintenance problems, shortages of drugs, and medical supplies as well as personnel in the specialist demand areas.

For the most part, only the haves can afford high-quality health care locally or can fly to Miami or New York for medical care.

Manley, at the time, noted these among other inadequacies such as inequality in the education system, high level of poverty, exploitation of workers, and the vestiges of colonial legacies which continued to perpetuate an unjust society.

He sought to address these issues through a different political system – Democratic Socialism.

Consequently, he adopted a socio-economic reform agenda which included among others the following:

Now, with hindsight, one may conclude that Manley’s planning, strategies, and implementation occurred not only at the wrong time but was bound to fail given the level of external shocks and the reaction to change by the quasi-capitalist class.

Today, the Peter Phillips led PNP as well as former leaders of the party, have run away from the philosophy that Manley thought best could deliver a better experience for most Jamaicans.

However, with better insights and information about the world’s economy and more in-depth understanding of local dependence psychology, one wonders whether the PNP’s leadership will ever see it fit to mobilize people around a political model that allows them participation, ownership, a sense of belonging, and personal value in a society that is drifting towards a more unjust one.