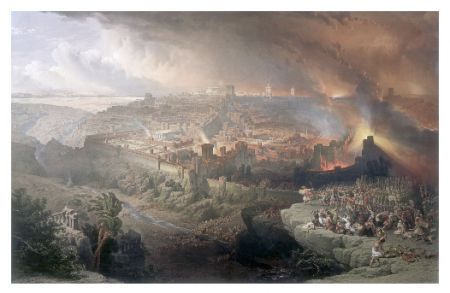 Jerusalem is known to be not only one of the oldest cities of the world but also a place considered to be the holiest of places by the three  major Abrahamic religions—Judaism, Christianity, and Islam.

The city is sited on a plateau in the Judean Mountains between the Mediterranean and the Dead Seas.

Both the Israelis and Palestinians claim it to be their capital which makes it a sore point in any deal in Palestine becoming an independent state.

This historical city has been destroyed at least twice, besieged 23 times, attacked 52 times, and captured and recaptured 44 times.

Given Jerusalem’s troubled past and its prized position, it is no wonder that leaders from biblical times have encouraged people to pray for the peace of Jerusalem.

However, today, as the world becomes more secular, the question is asked: “Why should we pray for the peace of Jerusalem?”

God tells us to pray for the peace of Jerusalem in Psalm 122:6-9: “Pray for the peace of Jerusalem: ‘May those who love you be secure. May there be peace within your walls and security within your citadels.’ For the sake of my brothers and friends, I will say, ‘Peace be within you.’ For the sake of the house of the LORD our God, I will seek your prosperity.” From this passage, we see that praying for peace and good to come to God’s holy city benefits those who pray. God promised blessings on those who bless Israel and curses on those who curse her (Genesis 12:3), and since Jerusalem is depicted as the center of Jewish life, it follows that those who pray for her peace and security will be granted peace themselves.

Praying for the peace of Jerusalem is most appropriate for a city whose name literally means “peaceful” and which is the residence of the God of peace. The phrase “peace be upon Israel” is found also at the end of Psalm 125:5 and 128:6, indicating that it was a common farewell blessing. Further, Jerusalem will be the scene of Christ’s return (Acts 1:11; Zechariah 14:4), and at that time He will establish permanent peace with its walls. All Christians should be eagerly awaiting His return and praying for the time when the Prince of Peace will reign in Jerusalem.

Jesus also said that we should be peacemakers, which would include praying for peace. “Blessed are the peacemakers, for they shall be called sons of God” (Matthew 5:9). And we are commanded to do our best to live at peace with others. “If possible, so far as it depends on you, be at peace with all men” (Romans 12:18). So, God wants us to seek peace among all people, and that would include praying for peace in Jerusalem, especially because of its special place in His heart.