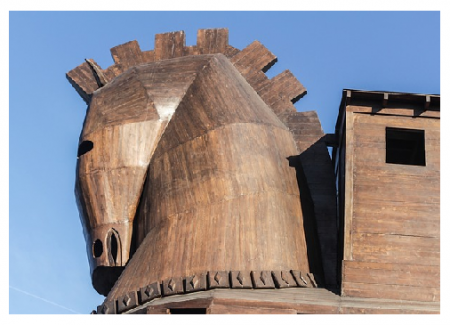 Man to man is so unjust, children:

Ya don’t know who to trust.

Your worst enemy could be your best friend,

And your best friend your worse enemy.

Today, the level of distrust among countries is growing more than ever before.

The evidence of this is seen no where better than in the current long drawn out negotiations over the nuclear deal between Iran and the U.S., Britain, Germany, France, Russia and China.

Although a preliminary agreement between the countries has been announced late last week, negotiators will now have to take that initiative and hammered and shaped it into a final accord by June 30.

Distrust and verify are also the watch words affixed to the deal by some stakeholders.

At one stage in the negotiations, Iran’s defense minister charged that his U.S. counterpart’s comments that military options against his country was still on the table regardless of ongoing nuclear talks showed that America cannot be trusted. The deal between the negotiating parties reminds one of the tale of the Trojan Horse where it is said that after a futile 10-year siege, the Greeks built a huge wooden horse and hid a special squad of men inside.

The Greeks pretended to sail away, and the Trojans seize the opportunity to pull the horse into their city as a symbol of victory over the Greeks.

However, that decision the Trojan would later come to regret as at night fall the Greek special squad crept from inside the horse and opened the gates for the Greek army which by then had returned under the cover of night.

The Greeks entered and destroyed the city of Troy, thus ending the war.

Now, the Israeli Prime Minister, Benjamin Netanyahu, is apparently in no doubt about in whose gate the wooden horse has been pulled.

Netanyahu has referred to the Iran deal as “a grave danger” that would “threaten the very survival” of Israel.

Furthermore in a televised broadcast, he demanded that any final terms reached with Iran include “clear and unambiguous Iranian commitment of Israel’s right to exist.”

The Prime Minister’s angst is that the framework of the preliminary agreement did not go far enough as it failed in its call for Iran to outrightly shut down all of its nuclear facilities.

Earlier, in a speech to the United Nations, Netanyahu referred to then newly elected Iranian President Hassan Rouhani as a “wolf in sheep’s clothing” and a servant of Iran’s “fanatic regime.”

Netanyahu also said in a recent address to the U.S. Congress, “Iran has proven time and again that it cannot be trusted.”

“The greatest danger facing our world is the marriage of militant Islam with nuclear weapons,” the Prime Minister charged.

The question, however, is has the U.S. and its negotiating partners through this deal prevented an imminent war with Iran over its alleged ambition in the acquiring of nuclear weapons, or has it legitimized them acquiring the weapon, albeit at a slower pace?