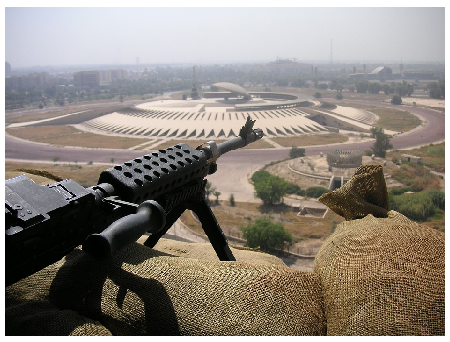 The Iraqi army is reportedly gearing up to attack the southern edge of Fallujah under U.S. air cover in a direct assault to retake one of the main strongholds of Islamic State militants.

The fight is being described as the mother of all fights as the Iraqi troops push to recapture Fallujah.

According to reports the army has already captured a police station and is poised to take back even more territory.

International aid organizations are also said to be watching the offensive closely.

Fallujah is the home to more than 50,000 civilians trapped with limited access to food, water, and health care.

The city is also the second-largest city still under control of the Islamic State.

The Iraqi army has already recaptured Ramadi and Mosul and if successful in their latest attempt Fallujah would be the third major city in Iraq to be recaptured by the government.