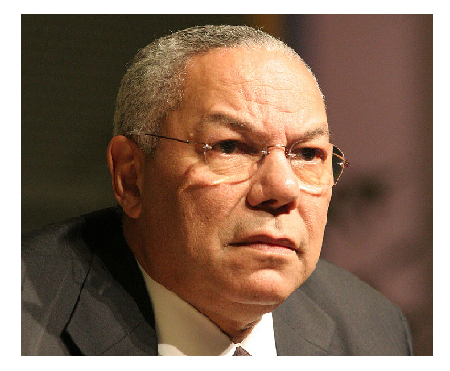 Former Secretary of State Colin Powell has poked the Republican leadership in the eyes and made those presidential candidates look like novices in matters of foreign affairs.

Powell, in a reasoned approach, expressed support for the nuclearagreement with Iran, on NBC’s Meet the Press, program.

He dismissed critics’ fear of implementation of the agreement and was taken aback by Iran’s consent to some of the terms and conditions of the deal.

He said that over the last ten years Iran has been racing ahead at full speed to create a nuclear weapon or a nuclear program, however, the deal struck by the U.S. and its allies with Iran will certainly serve to stop the program in its track.

He pointed to Iran’s agreement to significantly reduce its centrifuges, and drastically decrease its uranium stockpile and the shutdownof the country’s plutonium reactor as part of what makes the deal so “remarkable.”

The Former Secretary said, “These are remarkable changes, and so we have stopped this highway race that they were going down — and I think that’s very, very important.”

He also sought to allay opposition concerns about the ability of independent inspectors to verify that Iran is complying with the agreement.

Powell said that, “with respect to the Iranians — don’t trust, never trust, and always verify.”

He said, “I think a very vigorous verification regime has been put into place.”

“I say, we have a deal, let’s see how they implement the deal. If they don’t implement it, bail out. None of our options are gone,” Powell added.

Moreover, he noted that Iran gets nothing unless they comply.

Powell posited that if the dealfailed in Congress other countries that were party to the negotiations have already agreed to it, thus making it an undesirable scenario should the U.S. pulled out.

“Even if we were to kill the deal — which is not going to happen — it’s going to take effect anyway because all of these other countries that were in it with us are going to move forward,” he said.