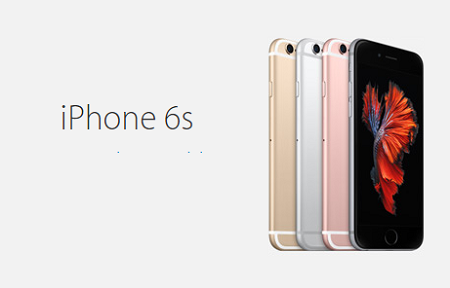 Fastest iOS Adoption Ever with iOS 9 According to Apple® news release, iPhone® 6s and iPhone 6s Plus, the most advanced iPhones ever, will be available in its retail stores at 8:00 a.m. local time on Friday, September 25.

The company announced that its stores will have the new iPhones available for walk-in customers and encouraged customers to arrive early.

In addition, it noted that both models will also be available at AT&T, Sprint, T-Mobile, Verizon Wireless as well as additional carriers and select Apple Authorized Resellers.

“Customer response to the iPhone 6s and iPhone 6s Plus has been incredibly positive, we can’t wait to get our most advanced iPhones ever into customers’ hands starting this Friday,” said Philip Schiller, Apple’s senior vice president of Worldwide Marketing.”

“iOS 9 is also off to an amazing start, on pace to be downloaded by more users than any other software release in Apple’s history,” he added.

The iPhone 6s and iPhone 6s Plus, the company boasts bring a powerful new dimension to iPhone’s revolutionary Multi-Touch™ interface with 3D Touch, which senses how deeply one presses the display, thus allowing one to do essential things more quickly and simply.

It also noted that the new iPhones introduce Live Photos, which bring still images to life, transforming instants frozen in time into unforgettable living memories. Live Photos, 3D Touch, 12-megapixel iSight® camera, 5-megapixel FaceTime® HD camera with Retina® Flash and more are powered by the Apple-designed A9 chip, the most advanced chip ever in a smartphone, delivering faster performance and great battery life.

The company also touted the iPhone 6s and iPhone 6s Plus as being designed with the strongest glass on any smartphone — 7000 series aluminum, the same alloy used in the aerospace industry, in gorgeous metallic finishes that now include rose gold.

It added that the iOS 9 is the world’s most advanced mobile operating system. It brings more intelligence to iPhone with proactive assistance, powerful search and improved Siri® features, all while protecting users’ privacy, the release noted.

Furthermore, it said that its built-in apps has become more powerful with a redesigned Notes app, detailed transit information in Maps, and an all-new News app for the best news reading experience on any mobile device.

It also said the foundation of iOS is even stronger with software updates that require less space to install and advanced security features to further protect one’s devices.

The company said the iPhone 6s and iPhone 6s Plus will be available in gold, silver, space gray and the new rose gold metallic finishes for $0 down with 24 monthly payments starting at $27 (US) and $31 (US), respectively, from Apple’s retail stores in the US, Apple.com, select carriers and Apple Authorized Resellers.

Moreover, it stated that exclusively at Apple’s retail stores in the U.S., customers can choose their carrier and get an unlocked iPhone 6s or iPhone 6s Plus with the opportunity to get a new iPhone annually and AppleCare+ on the new iPhone Upgrade Program. Monthly payments start at $32 (US) and $37 (US), respectively.