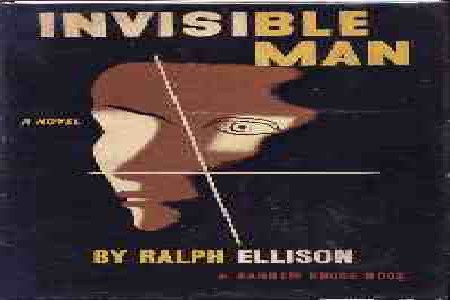 The book titled, Invisible Man, is a novel written by Ralph Ellison about an African-American man whose color renders him invisible.

Published by Random House in 1952, a time in America when blacks were apparently in the throes of the “somebodization” process.

The book addresses many of the social and intellectual issues facing African-Americans early in the twentieth century, including black nationalism, the relationship between black identity and Marxism, and the reformist racial policies of Booker T. Washington, as well as issues of individuality and personal identity.

Invisible Man won the U.S. National Book Award for Fiction in 1953. In 1998, the Modern Library ranked Invisible Man nineteenth on its list of the 100 best English-language novels of the 20th century.

Time magazine included the novel in its TIME 100 Best English-language Novels from 1923 to 2005, calling it “the quintessential American picaresque of the 20th century,” rather than a “race novel, or even a bildungsroman.”

Malcolm Bradbury and Richard Ruland recognize an existential vision with a “Kafka-like absurdity”.

According to The New York Times, U.S. president Barack Obama modeled his memoir Dreams from My Father on Ellison’s novel.

The lives of countless millions are evoked in Ralph Ellison’s superb portrait of a generation of black Americans, “Invisible Man”.